Where Should the Airlines Industry Focus its Customer Service Efforts?

In the wake of escalating and highly publicized controversy, the Airlines industry in the U.S. is under increasing scrutiny by consumers and regulators alike, with customer service a key focus.

In early May, triggered by the now notorious United Airlines event, U.S. lawmakers, as noted by the Wall Street Journal, “called on carriers to put their houses in order.” However, as the WSJ pointed out, specific objectives were not prescribed at the time.

So where should the industry focus its efforts to ensure a measurable improvement in customer service and overall stakeholder satisfaction?

alva’s Insights analysts set out to answer this question, looking at customer complaints across the top five U.S. carriers, including American, Delta, JetBlue, Southwest and United Airlines; and also researched the reputation contagion effect across these carriers as a result of  the United Airlines passenger removal and Southwest boarding denial incidents. Following are the high level results of our analysis.

Looking at all publicly available content – from April to May, 2017 – our Insights team identified the top ten customer complaints across the top five leading carriers. The predominant themes at the center of the negative media coverage involved passengers, punctuality and staff services. Not surprisingly, the United Airlines incident drew the most negative media coverage followed by other concerns related to disembarking, call center services, cancellation policies and dress code incidents.  Ground staff helpfulness and boarding denials reigned high in the complaints department too, with Southwest receiving the highest amount of criticism in those categories amongst their peers. The graphic below lists the top ten complaints, the total number of complaints in that category and the airline brand most closely associated with the particular complaint. 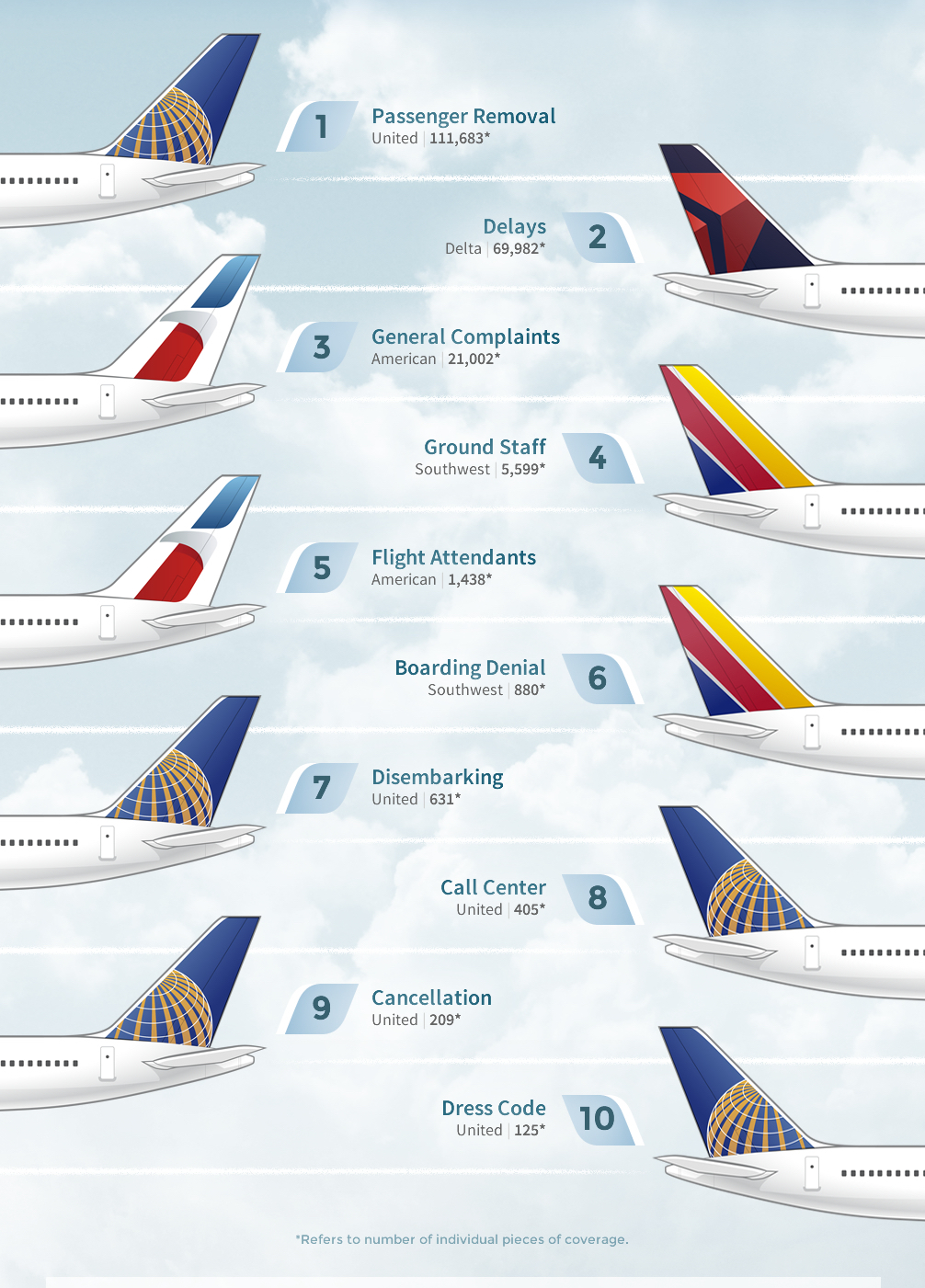 In our March 2017 blog post, Reputation Risk Contagion: How One Company Can Drag a Whole Sector Down, we discussed a research piece published in the Journal of Network Theory In Finance, which leveraged alva’s analytics to reveal that it takes negative coverage of just one company to affect perceptions of the industry as a whole. With this theory in mind, our analysts chose to research two of the top ten grievances between April and May: customer removal (United) and boarding denials (Southwest). See the results visualized below. Of note, Delta and American ranked highest as being “dragged” into sentiment related to their peers’ negative reputation events. 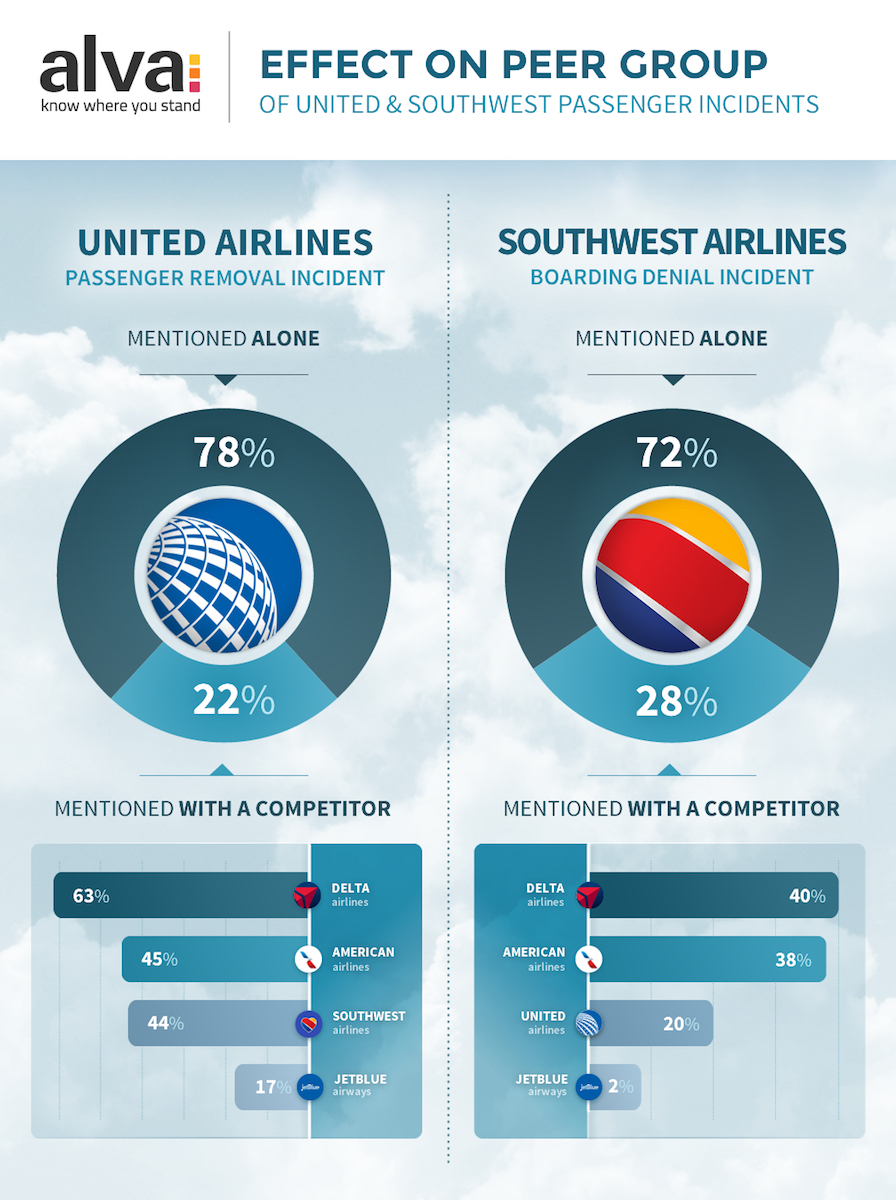 Effect on Peer Group of United and Southwest Passenger Incidents

In addition to the above analyses, the alva team has applied a sentiment to each of the five airlines reviewed. As shown in the image below, JetBlue was the only airline to score in the positive range.

alva’s reputation score represents the perception of various stakeholders and market segments at any given point in time. The alva algo calculates sentiment scores on a scale of 1 to 10, with a score of 5.50 considered neutral.

Businesses that connect better with their stakeholders create more sustainable and long-term shareholder value. alva facilitates this connection by helping our customers to monitor all publicly available content and to translate that information into actionable insights for media relations, brand management, marketing campaigns, risk management and business strategy.

The above Airlines analysis is merely a snapshot of the in-depth stakeholder insights that our team of analysts and monitoring platform can offer across any market segment or region. Please get in touch with alva to find out more:

Who are the most visible global Pharma CEOs?