What does the Coke Life failure reveal about consumer perceptions?

Earlier this month, Coca-Cola announced that it would be discontinuing sale of Coke Life in the UK. The Coke Life failure is preceded by the decline in sales as well as the growing popularity of Coca-Cola Zero Sugar – the “fastest growing” cola in the UK.

Coca-Cola’s European VP attributed the decision to cut Coke Life to a focus on the company’s “three leading and iconic cola variants” and bring clarity around product offerings to consumers.

The key differentiator for the green-labelled Coke Life was the inclusion of Stevia on its ingredients list. Previous alva research has found that Stevia enjoys the most positive perception of the leading alternative sweeteners. However, with the failure of Coke Life to catch on in the UK, should drinks manufacturers be worried that Stevia is losing its appeal?

alva has analysed over 6,900 pieces of UK consumer content related to Coke Life and Stevia to understand the top drivers of positivity and negativity around the brand, as well as any relationship with broader discussion of Stevia.

What drove positive and negative discussion of Coke Life?

As has been noted by Coca-Cola, Coke Life did have a loyal, if small, fan base. Consumers touted the drink’s health credentials (and Stevia content) and appreciated its taste – less “chemical” than other low-sugar Coke products.

However, only 15% of all content referencing Coke Life was positive, while 50% was negative. 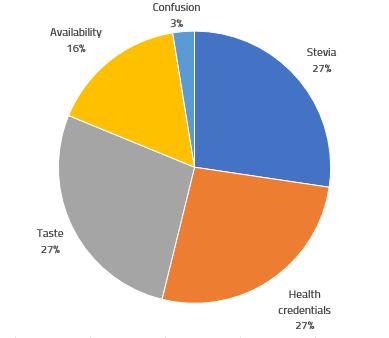 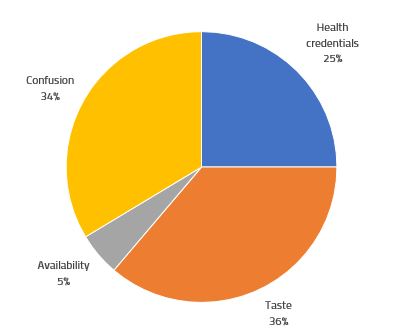 Most of the consumer criticism levelled at Coke Life stemmed from confusion around the drink’s recipe or purpose in the company’s portfolio and taste complaints. The fact that Coke Life still contains “as much sugar as three donuts” drove criticism – with negativity around the brand’s still containing “a load of sugar and calories”.

In essence, most consumers health-conscious enough to avoid full-sugar Coke saw Coke Life as a halfway house that, although more “natural”, still contained too much sugar. And others remained confused as to the drink’s USP.

Social media conversation around Stevia has remained fairly consistent over the past twelve months. 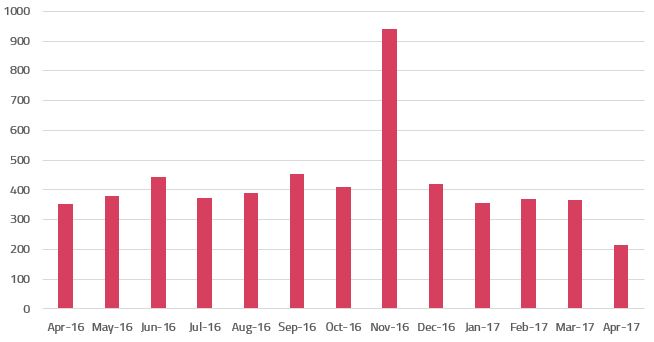 A single peak in November 2016 was driven by protests that Coca-Cola is “ripping off” traditional Stevia growers.

Discussion among the public on social media was consistently positive, with switching to Stevia cited as part of a healthy lifestyle change, having fewer impacts on consumers with intolerances and being part of a “natural” diet.

The only consistent negativity around Stevia related to its taste, which many consumers found slightly bitter and not suited to baking.

However, Pepsi’s own Stevia based product, Pepsi True, has also experienced difficulties establishing itself. This would suggest that while public sentiment around Stevia is good, the drinks industry has struggled to effectively communicate the benefits of these brands and capitalise on this opportunity.

What about other sweeteners?

Stevia is one of the least controversial alternative sweeteners, with aspartame and saccharin driving higher amounts of public trepidation.

PepsiCo’s 2015 decision to remove the controversial aspartame from Diet Pepsi, however, was short-lived – consumers preferred the taste of the old drink, so the company reintroduced aspartame in Diet Pepsi Classic Sweetener Blend the following year.

Recent media attention has focused on potential links between artificial sweeteners and strokes and dementia, though the validity of these claims has been called into question.

However, has this recent flurry of news impacted consumers’ views on alternative sweeteners?

Where should manufacturers turn next?

alva’s report on sweeteners delves into these questions and helps soft drinks manufacturers understand current perceptions towards a range of alternative sweeteners, how health ranks in relation to flavour in low-sugar variants and how companies can best position their diet brands.

The importance of student account planning for retail banks