Recently, there has been increasing media analysis of private equity acquisitions due to India’s active start-up scene and investor “confidence in the long-term viability” of the sector that has struggled for the past two years. As such, India has emerged as a fertile ground for investment opportunities.

Similarly, there has been a growing business focus from firms such as Blackstone, CPPIB, CDPQ, and GIC in the South Asian region as they expand their global reach in emerging markets and subsequently increase long-term returns. Despite slowing down in 2013, the IMF predicted that India will be the fastest growing major economy of 2016, surpassing China’s GDP.

For large private equity firms, this has become a crucial issue.

Similarly, Blackstone’s recent acquisition of Mphasis was described as a “strong commitment” to the Indian IT sector, with mentions of the deal allowing Blackstone to position itself as a technology leader.

With investment firms all seeking to position themselves as leaders in strategic investments through private equity acquisitions, real estate and infrastructure ventures, alva used its comprehensive monitoring media and analysis platform to investigate how successfully investment firms communicate these efforts. Our analysis aims to answer the following questions:

Which firm received the most positivity for communicating their investment plans? 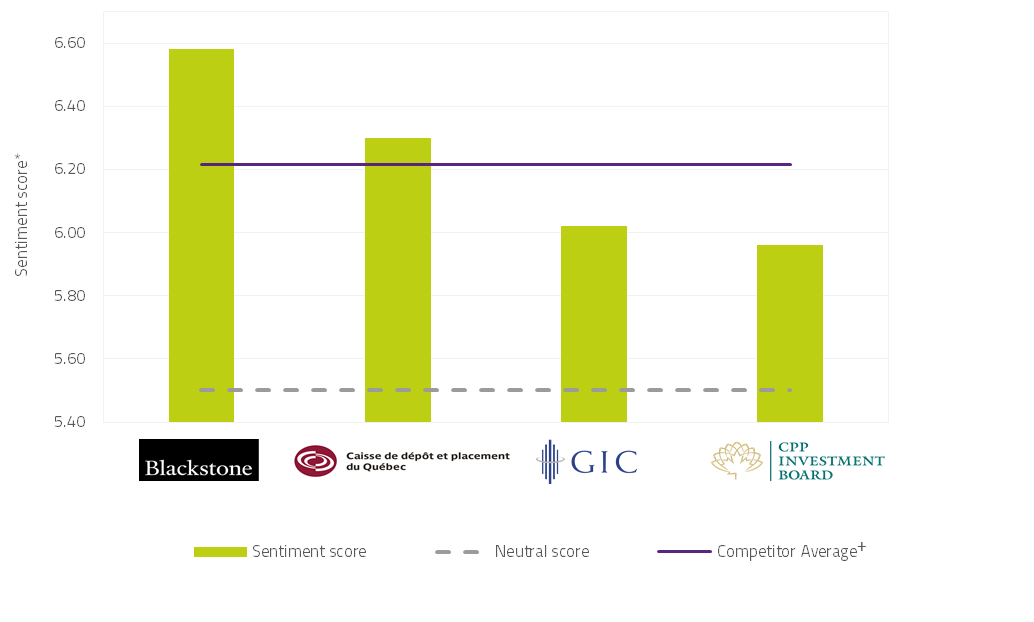 All investment firms in the competitor set comprised of Blackstone, GIC, CPPIB and CDPQ generated positive scores for investments in India. Blackstone generated the highest score for its investment plans in India, largely due to positive discussions around Blackstone “nearing a deal” to buy HP Enterprise’s controlling stake of $940m in Mphasis, alongside mentions of the executive strategy to pour investments into real estate and private equity by 2020.  Coverage of Blackstone’s “optimism” in India’s “booming market” generated positivity from influential national sources and boosted sentiment scores as Blackstone announced plans to match its 2015 $1.1bn investment in 2016.

Which firm generated the most visibility when relaying its investments?

What is most striking from the chart below is how effective GIC has been in seeding messages regarding its strategic investment plans in India across a number of sources, specifically national, social and trade media. GIC’s investments in infrastructure generated the highest volume, largely due to a joint venture with Advent and Bain to invest $350m in QuEst, with mentions of QuEst’s “big” clients such as Rolls Royce and GE.

GIC received coverage of its Chennai investment with Brigade, with references to the “prime” and “landmark” property investment that sits on a 16-acre land parcel in Chennai. GIC’s deal generated high volumes of coverage for specific details around the strategic possibility of a World Trade Centre being built on this property due to the “strong fundamentals” of the Chennai market “given its fast-growing economy and the healthy demand from the IT sector”

What is consistent with the coverage of both investments is that although they are small investments in comparison to peers (see Fig 3), the potential of these “landmark” properties and infrastructure firms with “strong interest” from foreign investors contribute to GIC’s visibility in national and local coverage. 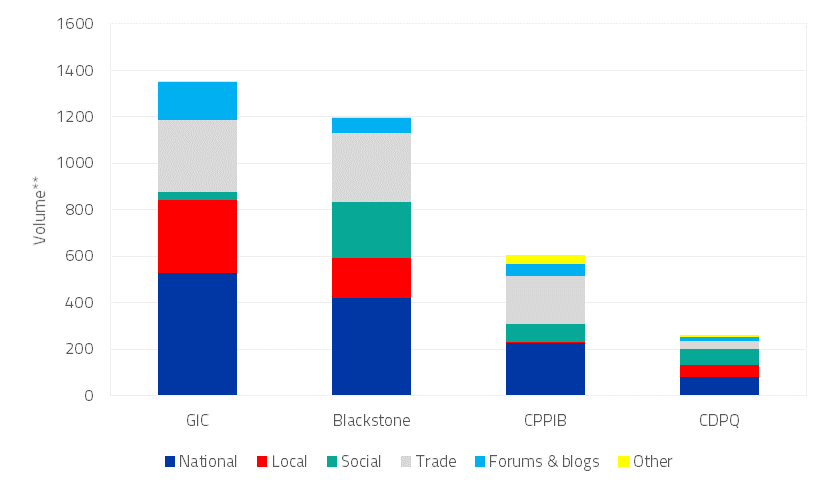 What were the investment deal sizes being discussed for each firm? 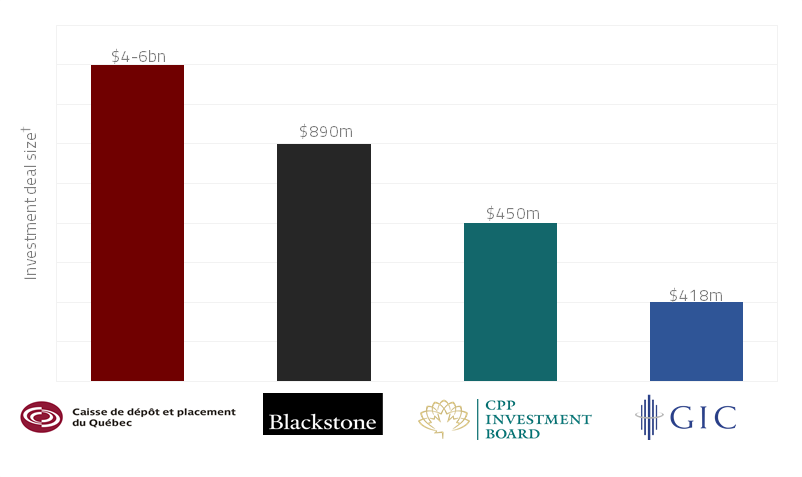 For CDPQ, although media volumes are low, positive references to CDPQ’s $4-6bn of investment capacity in India allowing it to “develop the potential for strategic partnerships” helped to lift its sentiment score. The appointment of a new MD in Asia and executive mentions of “India standing out as an exceptional country to invest in given the scope of investment opportunities” helped to boost its rank among peers. CDPQ also generates buzz in national, local and social media as one of the “biggest investors in wind energy” in India, thereby establishing its position as a “leader” in a new sector.

From our brand analysis, the following findings were identified:

*Sentiment scores are on a scale of 1-10, with 5.5 representing a neutral score; scores above 5.5 are considered positive, while scores below 5.00 are negative.

**All content including mentions of current and future investments and investment deal capacity in India covering the period between Jan-March 2016.