alva analysed the reputational impact of the Living Wage before and immediately after George Osborne’s July Budget announcement in which he introduced a National Living Wage. Two months later, companies including IKEA, Oliver Bonas and Lidl have become Living Wage Foundation accredited employers. But several other corporations have spoken out against the potential impact the mandatory pay rate will have on prices, recruitment and growth.

It seems that the debate around the Living Wage is far from over. What conclusions can we draw about where the debate stands today, and how it might continue to impact corporate reputation?

Before the National Living Wage 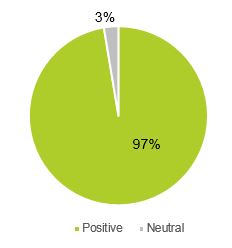 Immediately after the National Living Wage

In the past two months, Oliver Bonas and Lidl have been the most visible companies to have become accredited by the Living Wage Foundation. While they sought to differentiate themselves as companies putting staff first, other businesses and industry bodies warned of dangerous knock-on effects.

There are three key takeaways from the last two months and the way the discussion around the Living Wage has developed:

So what does this mean for your business?

If your company is considering paying staff a Living Wage, you will gain the most reputational positivity if you are a sector first mover. In your announcement, a focus on paying the “real” Living Wage as opposed to that mandated by George Osborne won’t generate as much positivity now as it did immediately after the announcement. And if your position is simply one against Osborne’s NLW, you’d be best advised to couch your arguments in concern for UK business, prices for consumers and the potential impact on future employment to avoid negative coverage.

DSEI – the reputational winners and losers in the defence sector

How is Volkswagen reputation after emissions admission scandal?