The impact of P2P on the reputation of banks: “If you can’t beat them join them”

P2P lending has seen a steady rise to prominence in recent years for being a “credible alternative” to banks. Discouraged by low interest rates with traditional savings, and an economy which has edged its way out of the doldrums, borrowers and savers have begun dipping their toes in the P2P waters, testing their financial acumen as budding investors.

Buoyed by political backing for challengers to the big banks, a decreasingly risk-averse public has been matched by years of steely growth and reliable returns from the “alternative” lenders. The result has been an industry shaking off a reputation for being a risky punt and staking its claim in the mainstream savings market as a genuine challenger to more lumbering incumbents.

This is reflected not only in P2P lending receiving increasing levels of coverage, as well as a more positive tone within the coverage

2014 was described as a “watershed year” for alternative finance going mainstream [1], as an array of lending upstarts look to fill an SME funding “vacuum” left by UK banks. 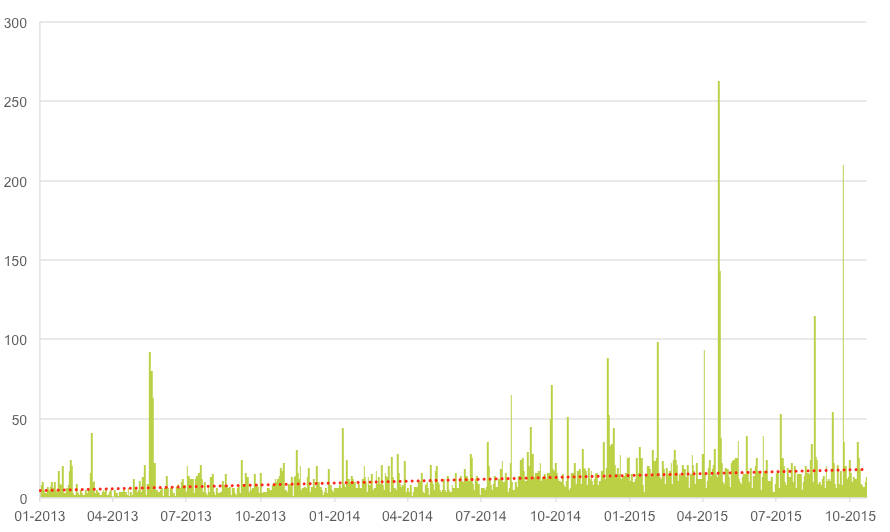 Positive coverage of P2P lending has increased steadily over the past three years, although tempered by ongoing “capital at risk” admonishments and questions of the robustness of a sector which has “not been tested during a major downturn”.[2]

How have banks responded to P2P Lenders?

Santander has built a reputation over several years for its commitment to social enterprise, entrepreneurship and corporate banking in the UK. This has taken a variety of forms, from the Breakthrough programme’s “breakthrough moments” events across the country, to its 60-second start up pitch awards in partnership with universities and a £100m fund launched in support of house building SMEs.

While some banks have similar initiatives, Santander has gone further. By not only looking at innovative ways to financially support small businesses but creating a tapestry of networks, events, activities, partnerships and fintech funding schemes, Santander has been building a reputation as a “scale challenger” – engaging and supporting start-ups and small businesses across the country. This has delivered a consistent reputational return for Santander not only for corporate banking but also for local communities and partners.

Santander’s referral scheme launched in partnership with P2P lender Funding Circle is a case in point. With 2014 described as a “watershed year” for alternative finance in the UK, P2P lending has gone from strength to strength with an increasing public and small business appetite for the “cut-the-middle-man” lenders. As the rise of P2P lenders received increasingly prominent coverage over 2014 and 2015 – including in nationals such as the Financial Times – so too did the attention to what is driving demand from SMEs and how banks are falling short.

The risk to banks at this time was clear: a compounding impression of banks more interested in speculating on financial markets than lending into the “real” brick and mortar economy, besides the potential “threat” posed to their corporate banking market share from more innovative, inexpensive and nimble providers of finance.[3] Added to this was clear government support for more competition in lending and alternative forms of savings, such as the introduction of Stocks and Shares Isa in 2014 and Chancellor Osborne’s clear position on “harnessing innovations in finance” to ensure British businesses can “grow and succeed”[4].

In this environment, news of Santander being the first UK bank to partner with a P2P lender drew significant interest. Santander’s referral partnership with Funding Circle – announced in June 2014 but in the works for 12 months prior – was welcomed as a sign of banks “finally embracing P2P”, and, in the words Funding Circle founder Samir Desai, “creating a blueprint for other banks to follow”.

The reputational impact was immediate. Santander UK’s sentiment score rose 6.5% above its historic average on 18th June 2014 and its Corporate Banking sentiment score rose 7.8%. References to the pioneering nature of the tie-up accrued ongoing positive sentiment throughout the second half of 2014 for leading in this space, as well as in coverage of the banks which followed in Santander’s wake – RBS (in January, with Funding Circle) and Metro Bank (in May, with Zopa).

Between June 2014 and January 2015, Santander increased its overall Corporate Banking score by 121% – outperforming its reputation score in four other key product areas. 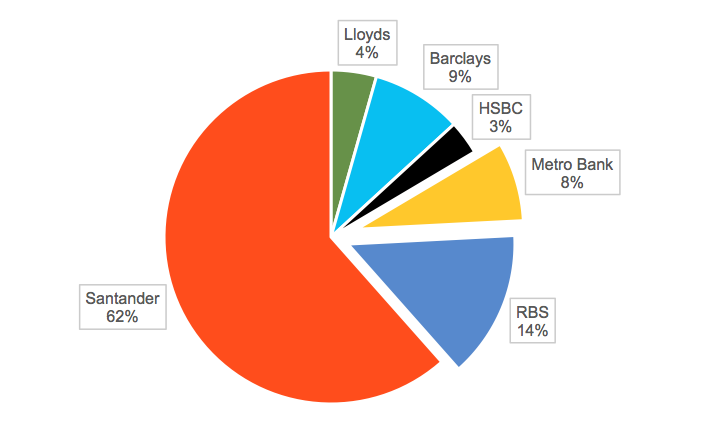 As the Government begins to pressure the banking industry to refer businesses turned down for finance to alternative providers, P2P lenders stand to increasingly benefit from political, business and consumer confidence in the alternative finance model. The paradox is that they also stand to gain from advocacy from the incumbent players themselves. However, on closer inspection of the data, the reputation opportunities for banks associating with the lenders are clear:

1) Fostering a reputation for supporting the SME economy – particularly for banks with a large SME book and ongoing flow of business loan applications, such as RBS. This is evidenced by Santander’s reputation score increasing by 7.8% on the back of its Funding Circle announcement while RBS’s jumped by 7.0%

2) Demonstrating corporate leadership by staying ahead of a curve – a curve which is increasingly arching towards “alternative” finance – Santander’s first-mover advantage has translated into a tangible and positive impact on its corporate banking reputation. This was demonstrated by Santander’s Corporate Banking reputation score rising by 121% between June 2014 – January 2015 following its P2P tie-ups – consistently outperforming the sector.

3) Generating advocacy from key influencers – political backing of referrals and the introduction of a P2P Isa in 2016 present an opportunity to showcase leadership and bask in the coverage of influential consumer media titles.

4) Accessing new customers – Metro Bank’s recent “landmark” partnership with Zopa is not a referral scheme but instead places the bank on the platform itself, potentially helping it “benefit from a wider range of customers”.[5]

Despite these opportunities, risks remain. Over the three-year period analysed, financial and investor media maintains balance and caution – and in some quarters is unequivocally negative regarding the impact of P2P lending encroaching on “front line” SME lenders, such as Lloyds and RBS.[6]

While visibility of the P2P sector in undoubtedly increasing, as shown in Figure 1, greater prominence is also resulting in a greater focus on the potential risks of the sector. Questions continue to be raised as to whether P2P lenders could weather a financial storm and, if one were to hit, what the reputational fall-out might be for banks associated with alternative lenders.

Nevertheless, the reputation opportunities have substantial enough precedent over the period analysed to suggest that, at this point, not engaging with alternative lenders presents a greater risk to UK banks.

This blog post is an extract from a fuller study of the affect of P2P lenders in the financial sector. Please contact us if you’d like to discuss this or any of alva’s reputation intelligence services in more detail.

[1] “Was 2014 a watershed year for alternative funding in the UK”, Financial Reporter, December 2014

Climate change – an existential reputational risk to the mining sector?

VW’s Emissions Admission – has this poisoned its reputation with customers?