Over the past six months, alva’s analysis of the energy sector has seen an increase in competition among manufacturers to position their organisations as focused on “sustainable energy future”, “new forms of electricity generation” or “low carbon technologies” developments. In late 2015, media sources reported government figures such as the Energy and Climate Change Secretary, Amber Rudd setting out her vision for an energy system that “puts consumers first, delivers more competition, reduces the burden on bill-payers and ensures enough electricity generation to power the nation”. This is part of the government’s strategy to “re-shape” energy policy, emphasising the emergence of “innovative technologies” to do so.

Energy companies benefit reputationally in key stakeholder groups such as customers and the government when they publicise technology initiatives which aim at establishing low prices for the customers, whilst protecting the environment and at the same time aligning with the government’s energy agenda.

In light of this apparent sector-wide positioning, alva used its comprehensive monitoring and analysis platform to investigate how this trend has developed and indeed which companies were leading the way in this domain and why.

Is innovation an increasingly important driver of sentiment and visibility for energy companies? 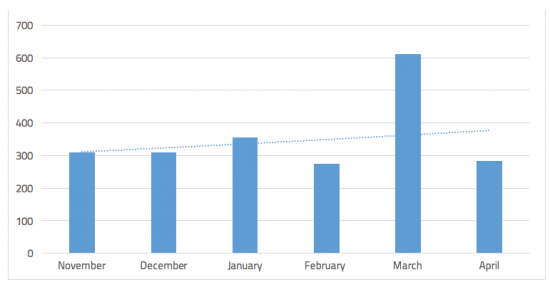 Figure II shows that over the past six months, coverage around innovation has increased. Innovation is at the centre of the general discussion around “making the planet healthier” whilst maintaining low pricing for customers and creating a “low carbon economy”.

For energy companies, innovation is therefore considered to be the means to fulfil wider strategic goals, mainly around the environment and customer satisfaction.

Looking in more detail at the companies tracked within the energy sector, it was clear that two organisations were particularly successful at generating visibility on this issue, SSE and British Gas.

The graph below shows the top companies for innovation in the energy sector based on coverage over the past six months.

SSE topped the sector for its innovation initiatives. The company proved very effective in underlining its welcoming of the CMA inquiry to encourage innovation in the “new smart energy world”. The company also received extensive positive sentiment around its Low Carbon Networks Fund project. Positivity increased as media sources reported on the company’s decision to improve its utility network situational awareness by leveraging the artificial intelligence capabilities of Bit Stew’s MIx product portfolio and emphasising on its purpose to use innovation to provide a “safe, secure and reliable electricity supply” to its customers.

British Gas ranked second for innovation. Coverage focused on the “new smart energy” monitor underlining how it helped customers use less energy and save money by showing them how much energy they are using. British Gas was praised for trialling Smart Pay as you Go meters with over 25,000 customers. Positive sentiment towards the company increased as trade media sources reported British Gas Connected Homes moving from “batch processing” to real-time analytics via “huge” data pipes, streaming energy information on hundreds of thousands of homes across the UK.

Scottish Power ranked third mainly due to its focus on using innovation for renewable energy purposes. Coverage coming mainly from national media, focused on Scottish Power’s plans to achieve 100% renewable generation by 2020, supporting the government’s energy and environmental objectives, decades ahead of other nations. The company received positivity for its Accelerating Renewable Connections (ARC) initiative to help new green energy projects connect to the local power network whilst emphasising their work with local communities and electricity consumers to fulfil it.

The data makes it clear that innovation is an increasing area of focus for energy companies, as a means to accomplish environmental objectives and customer satisfaction.

The Panama Papers Leak: how to respond in a crisis