Who are the most visible global Pharma CEOs?

Ahead of alva’s annual Pharmaceutical CEO report, we reviewed the most visible CEOs in the global pharma sector over the past 12 months.

We analysed millions of pieces of global content, across all media channels, to discover which senior pharma figures were featuring most often. 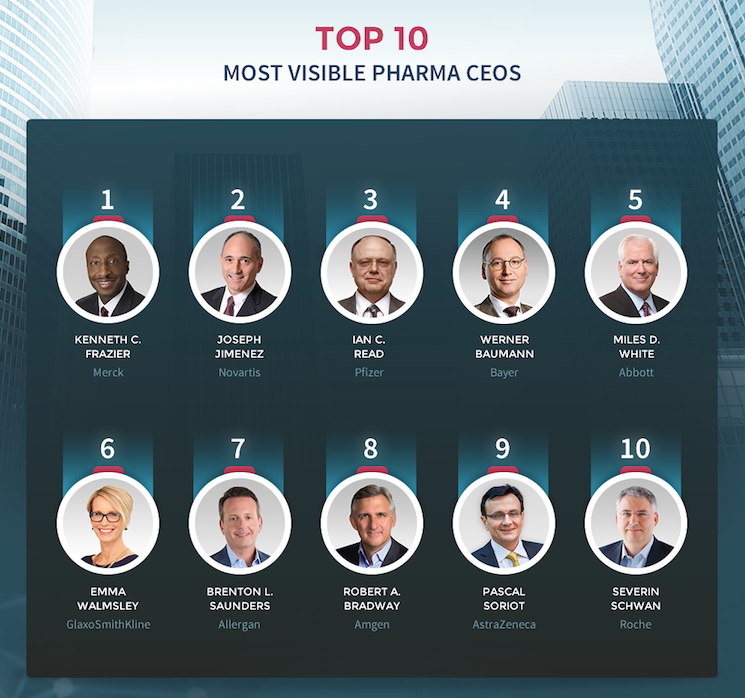 Kenneth c. Frazier of Merck was the most visible CEO, however, as we can see from image 2 below, the vast majority of his coverage was during Summer 2017. This was due to Frazier being the first CEO to resign from President Trump’s Advisory Council, following the controversial response to the incidents in Charlottesville (our white paper on CEO reputation also covers two previous significant resignations from this council).

Prior to this incident Frazier had received less coverage than any other figure in the top ten, highlighting how impactful this incident was.

Joseph Jimenez of Novartis was the 2nd most visible global figure, though the recent news that he was retiring in 2018 fell outside the analysis period. Coverage related to Jimenez peaked between March-May 2017, when he responded to rumours that Novartis was lining up a significant takeover using the proceeds from recent asset sales. 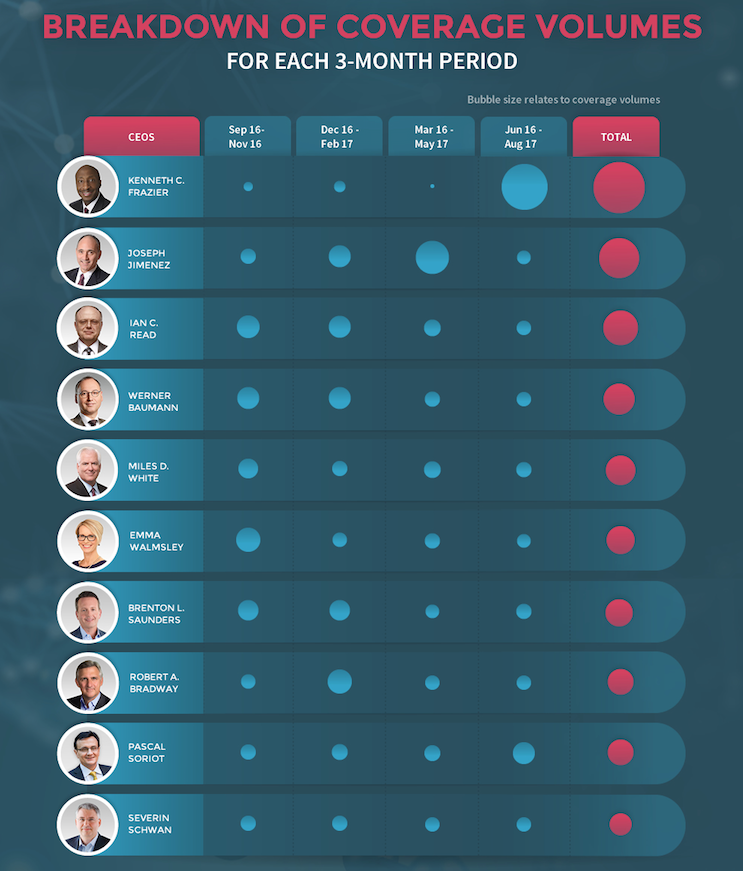 Pfizer’s CEO, Ian C. Read, was the third most visible CEO, with consistently high coverage levels from September 2016 through to February 2017. Pricing and Innovation were key aspects to Read’s coverage, especially during a significant panel at WEF Davos, where he was respondent Trump’s pledge to lower drug prices. Read’s election as the new President of the International Federation of Pharmaceutical Manufacturers & Associations also placed him in the spotlight.

Werner Baumann of Bayer was 4th, with key issues including R&D and acquisition, while Abbott’s Miles D. White was 5th, with most coverage relating to asset sales and charity.

Find out more about the upcoming Pharma CEO Report and pre-order your copy here.

You can download the full Pharma CEO infographic below: