Brexit communications: how businesses can better articulate the case to remain

In February 2016, it was announced that a referendum on the UK’s membership of the European Union would be held on June 23rd 2016. Since then there has been increasingly vocal discussion about the benefits or drawbacks of leaving the EU. 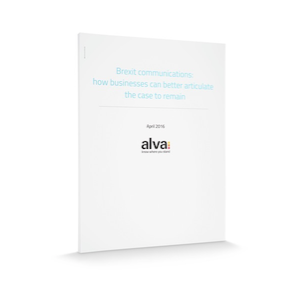 Given that the overwhelming majority of business leaders representing small, medium and large enterprises based in the UK and outside appear to be opposed to a Brexit, we analysed the issues that the public and business leaders are discussing. This research then enables businesses to understand how best to articulate this position to the voting public.

The report answers the following questions

Download the full report to understand how businesses can connect with the public’s concerns and more accurately contribute to making the case to remain in the EU.