How has the climate crisis affected banks reputationally?

alva has analysed 80,000+ news sources, 3m+ blogs and forums, and 100+ social networks to gain insights on how the climate crisis has affected the reputations of seven leading banks. 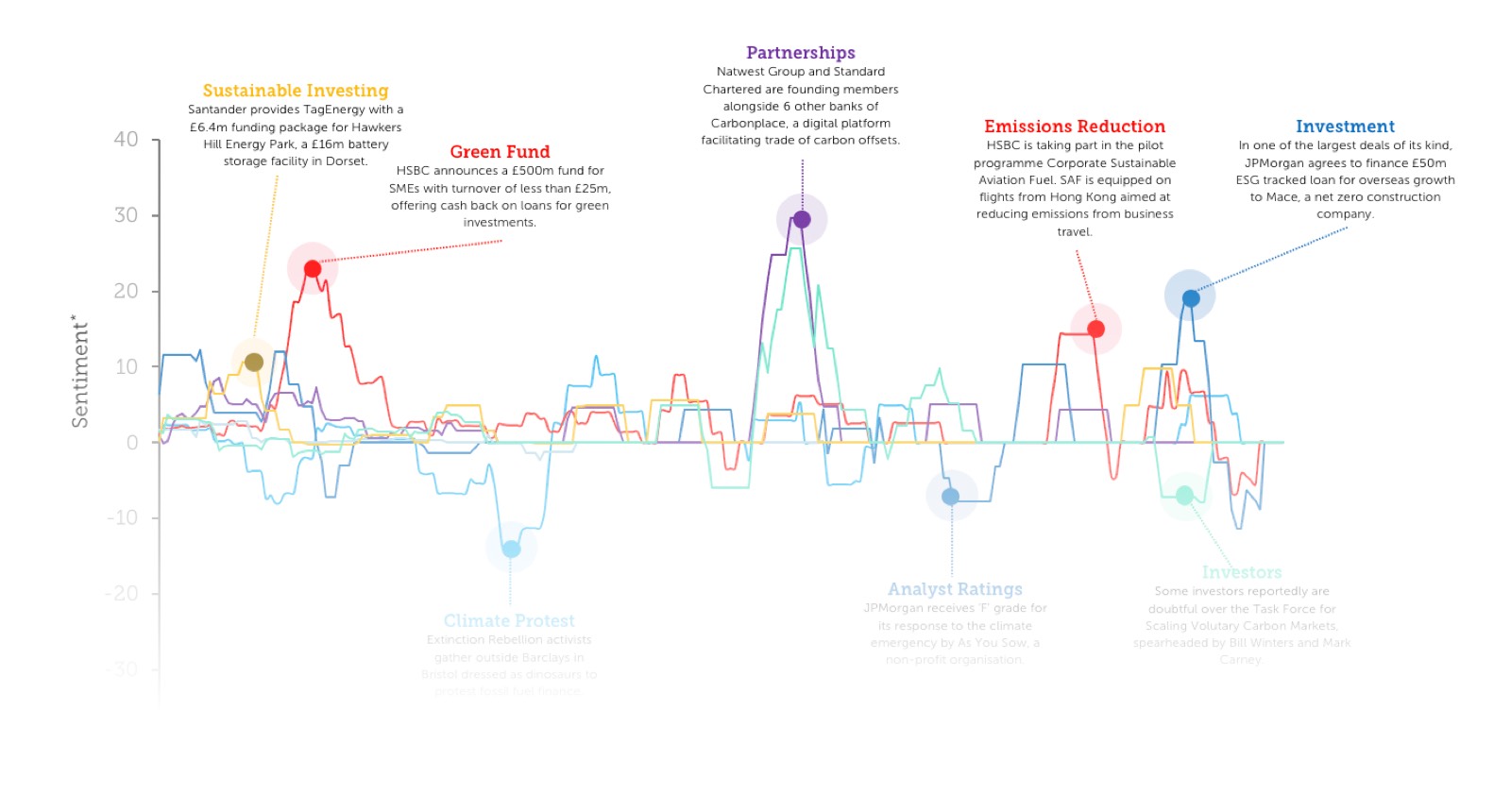