Engie’s Strategic Shift: the transition from fossil fuels to renewables

In 2015, Engie announced it would halt all investment into coal plants. This case study examines the success of this transformation, particularly in relation to the changing sentiment of its stakeholders over the six years following this decision.

At a time when green investments by companies that made their fortune in fossil fuels are often viewed with scepticism and accusations of greenwashing, we look at whether is it possible for a former gas giant to truly make the transition to credible clean energy advocate. 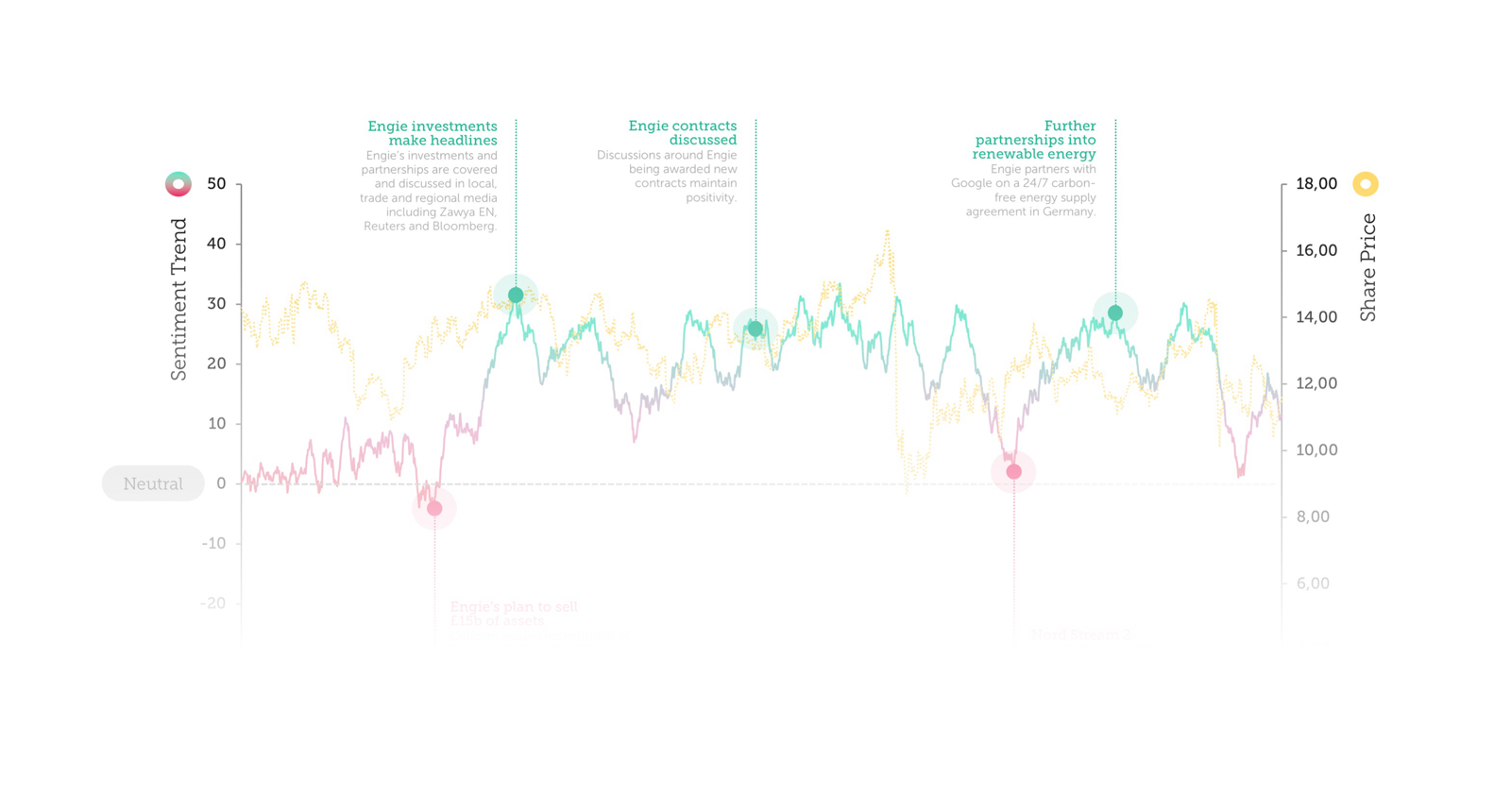 If you want to follow reading, you can download Engie’s Strategic Shift: the transition from fossil fuels to renewables.

Register below to receive alva’s Engie's Strategic Shift: the transition from fossil fuels to renewables: