In the context of global inflation, executive pay continues to be scrutinised. Financial Times reports that between December 2019 and March 2022, pay increased by 7% in real terms for the top 1%, whereas, for the bottom 10% of earners, wage growth was just over 2%.

alva’s latest report examines the visibility of this issue for financial and professional services companies and how it has gathered momentum throughout the year, with some firms facing an increasingly negative response from their stakeholders.

Key findings of the report include: 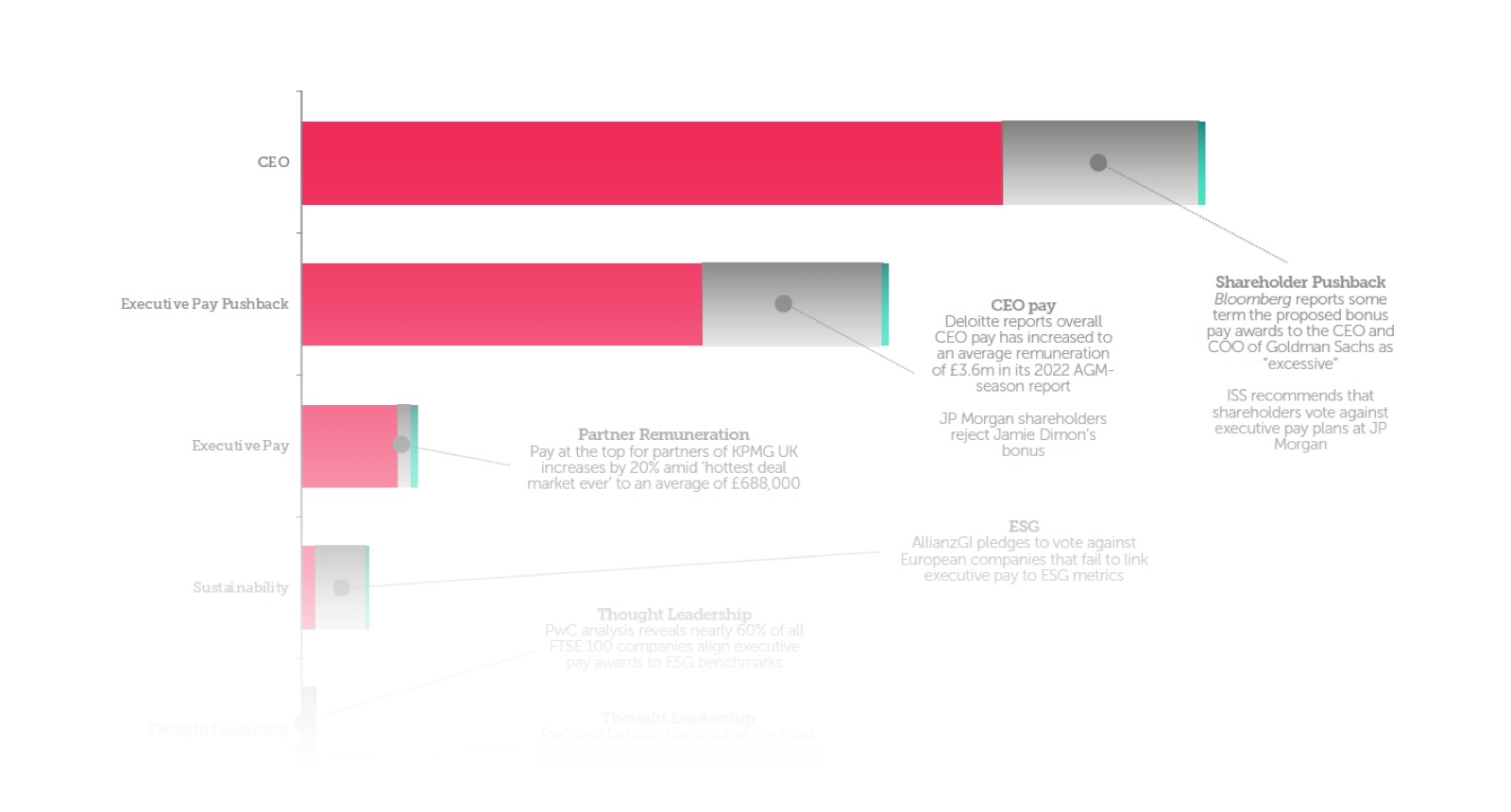