Green Tech: The Technologies Leading the Fight Against Climate Change

alva’s analysis highlights the green energy technologies that are coming out on top since war broke out in Ukraine.

alva’s latest report looks at the visibility of these different green technologies between April and June, with some seeing negative sentiment in the face of the global energy crisis.

Key findings of the report include: 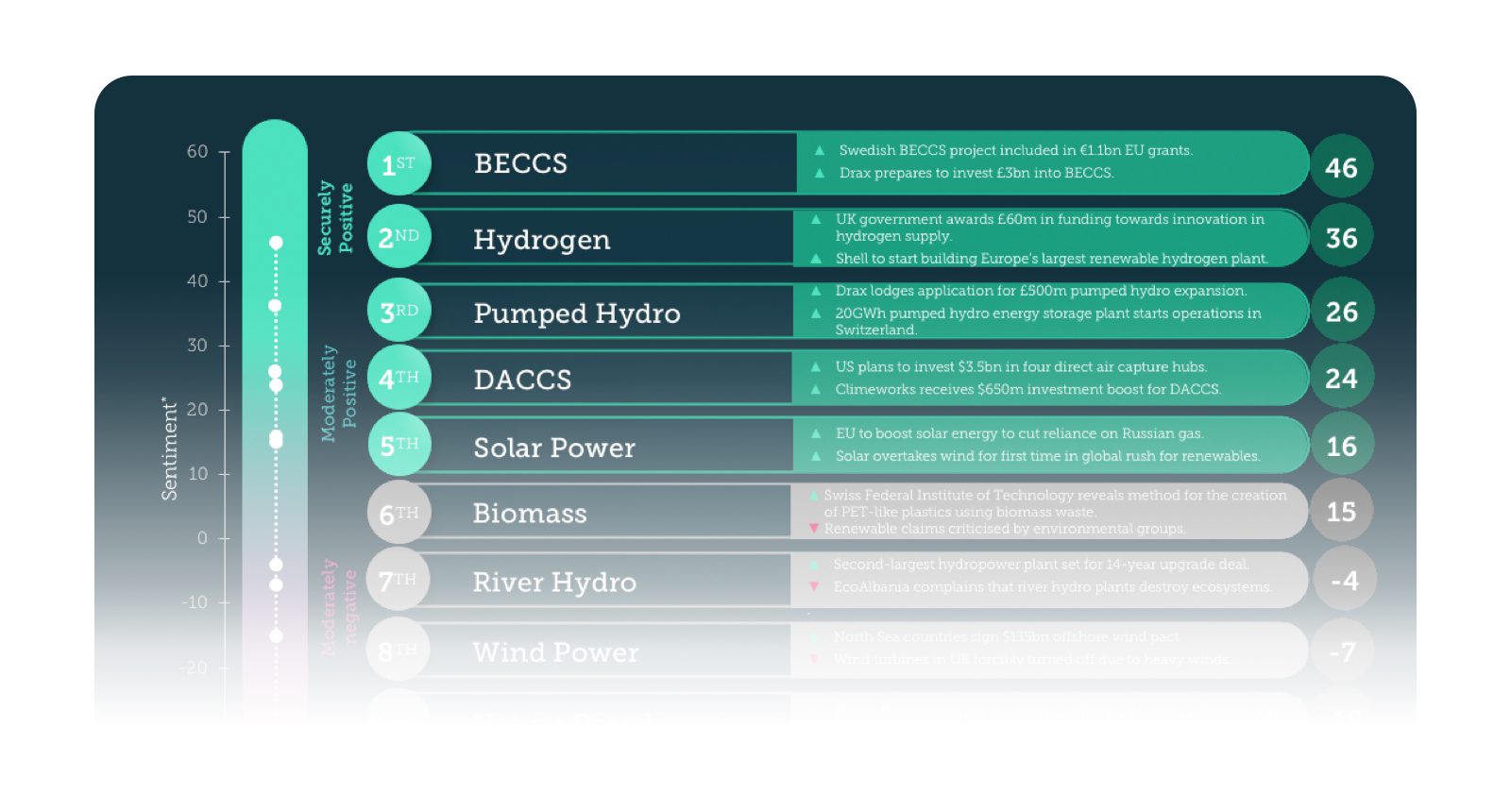