How are global banks´ reputation affected by their response to the Russian invasion to Ukraine?

Through the lens of six major investment banks, alva has examined 3 million+ press, financial analysis and social media data points to reveal how sentiment trends have shifted across this sector, and identified key issues and antagonists driving this reputational change. 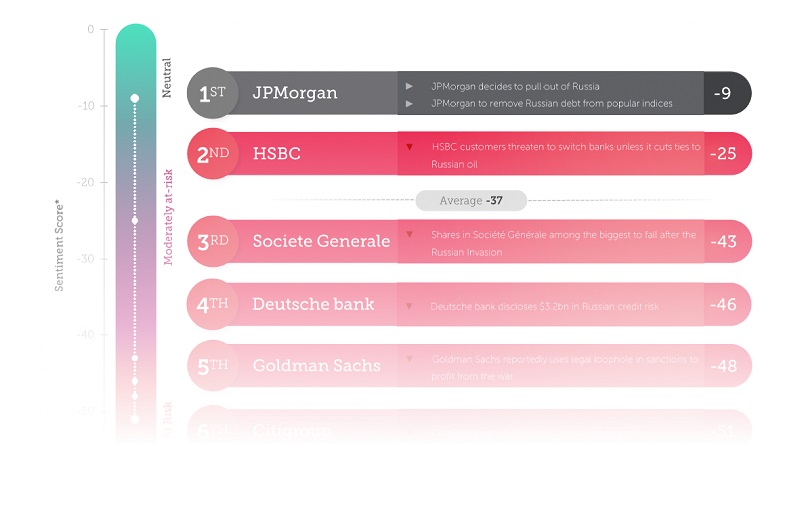