alva’s analysis has surfaced the 50 most visible companies in the hydrogen discussion and compared their performance on stakeholder sentiment. Companies range from hydrogen producers and broader energy companies, through to manufacturers using hydrogen to make processes more sustainable, and clean energy investors. 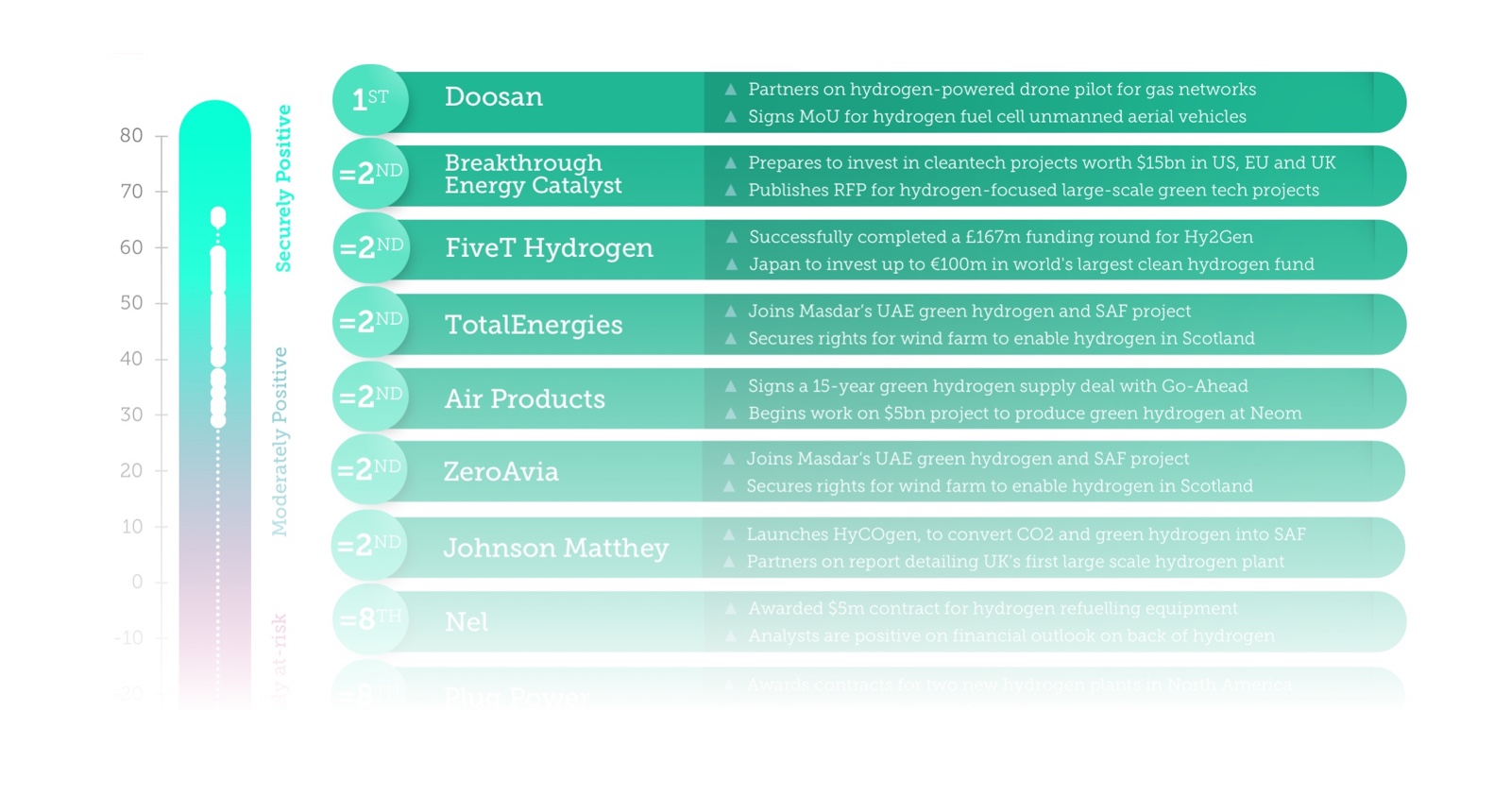