The oil and gas sector has been hit with numerous challenges in recent years, both operationally and reputationally. Falling oil prices have squeezed profitability, whilst institutional investors cutting investment in the industry has forced a reduction in capex by all of the big industry players. Moreover, increased NGO activity has created a more hostile media environment and has also increased pressure on firms to pull out of controversial projects.

Both Statoil and Shell have recently halted plans to drill in the arctic due to poor exploratory results combined with low profitability estimates and as the climate change summit COP 21 in Paris draws to a conclusion, wider stakeholder perceptions of the oil and gas sector have never been more important.

That said, with the energy sector’s reputation score already trailing the majority of other sectors it is valid to ask whether positions are already entrenched and if the industry can in fact alter wider stakeholder reputation perceptions. The graph below shows how several majors of the extractive industry have trended over 2015. Whilst there has been some positive uplift in BP’s score as the company slowly recovers from the reputational damage following the Deepwater Horizon lawsuit, all companies crucially trend below the neutral point and the industry average finished November at 5.11, well below 5.50*. 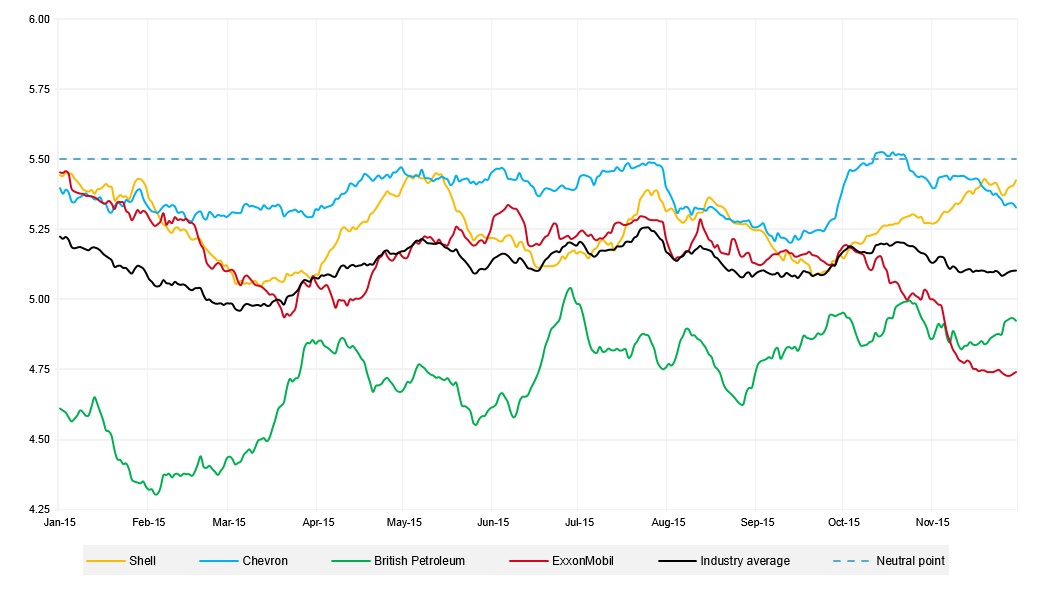 With the industry performing so poorly reputationally, the above trends begs the question, will positive change to address issues such as climate change and the broader sustainability of the industry be welcomed and treated as credible in the short-term? Could decisions by Shell and Statoil to exit the arctic be a springboard for advocacy of the sector by former staunch critics, reducing both reputational risks and concerns around firms losing their license to operate?

alva analysed all publicly-available data over the last 8 months to help build a picture of the fallout from exiting a major controversial project such as Shell’s exploration efforts in the Chukchi Sea and to look at how companies can mitigate reputational risks. 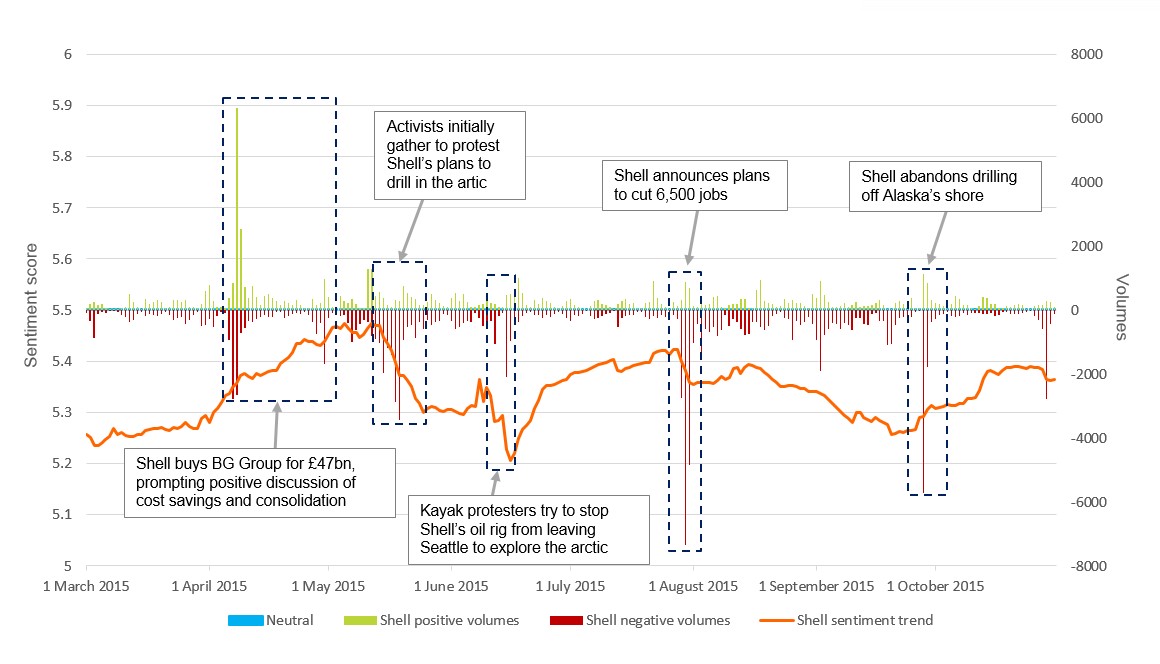 Sentiment towards Shell picked up significantly in April 2015 as speculation and confirmation around the company acquiring BG Group drove positive discussion of cost saving and consolidation opportunities in the sector. The trendline almost reached neutral in May 2015 however, these reputational gains were subsequently lost as activists gathered in Oregon to protest Shell’s preparations for transporting equipment to the Chukchi Sea.

Shell’s reputation was further damaged in June 2015, reaching a new period-to-date low as Kayak protestors formed a blockade in Seattle. The issue had a long media lifecycle as both social and mainstream media sought to single out Shell as an example of worst practice in the sector. Moreover, the issue was linked to broader concerns around action on climate change, making it relevant to a wider range of stakeholders and catalysing its impact.

On the 28th of September Shell announced its decision to abandon drilling in the arctic and although almost 5,700 negative pieces of media were created, the sentiment trend actually rose on the announcement as mainstream commentary was much more balanced in its coverage. Shell dropped from the limelight as a target for criticism in the oil and gas sector and the rest of the sector began to experience more criticism (Figure III). 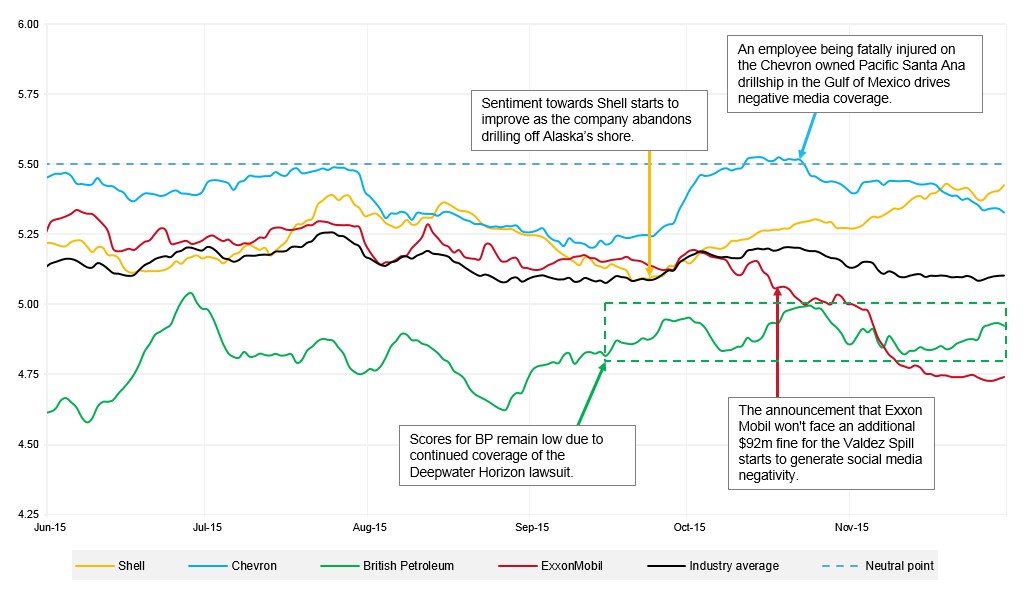 With a score below 5.50, the balance of sentiment means it is broadly unacceptable to advocate the oil & gas industry. If certain firms can breach this point (as Shell is trending towards), through taking a stance on certain key issues such as climate change and differentiating themselves from the sector, it may become acceptable for a broader range of stakeholders to advocate the industry.

For other firms in the sector the learnings from Shell are clear:

As COP21 reaches a conclusion and activists increase their efforts to maintain share of voice, broader industry trends are all against oil and gas building a more sustainable reputation. As world leaders meet to rewrite rules that could affect the whole sector, those companies that position themselves as sensitive to changing perceptions and ahead of the legislative curve are best placed to benefit from the reputation opportunities accompanying wider societal acceptance, and to be better insulated from the reputation risks surrounding the more hostile external operating environment.

Campbell’s and GMOs: a case study in consumer engagement

How does fintech provide a reputation opportunity to insurers?