It has long been the case that NGOs and activists have called for a stronger commitment to sustainability from the oil industry. Recently, however, the calls for greater environmental consciousness for these companies have also come from shareholders, seemingly more vehemently than before.

Investment in renewable and alternative energy has been on the agenda for years in the oil industry, but has pressure waned at all?

Graph 1: Global volume of coverage around Sustainability in Oil & Gas 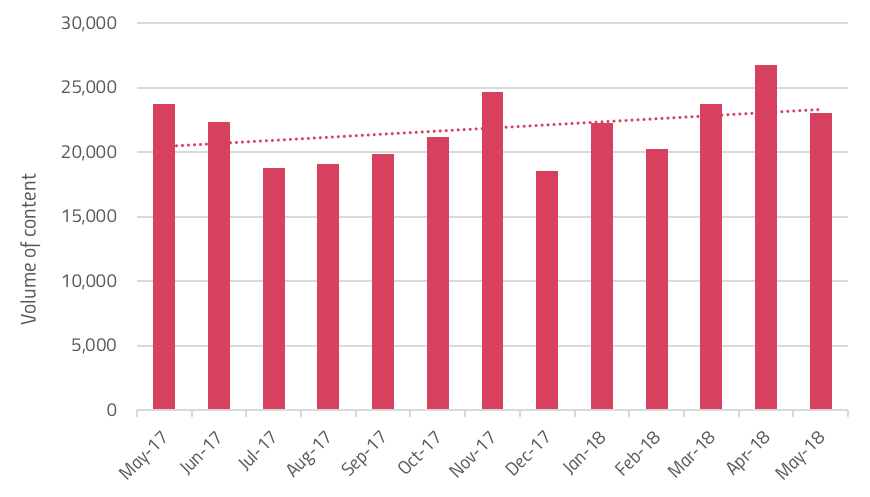 We can see from Graph 1 that this issue does not show any signs of slowing, so it is likely that it will become an increasing reputational differentiator. But have certain companies already stepped out ahead of the pack?

Our analysis of what is being said about oil companies in relation to environmental sustainability has revealed three key ways in which businesses can most effectively communicate their progress to stakeholders:

To generate the data that led to these conclusions, alva analysed over 150,000 individual pieces of content across English language sources from January to May 2018.

Graph 2: Share of voice for Sustainability in Oil & Gas 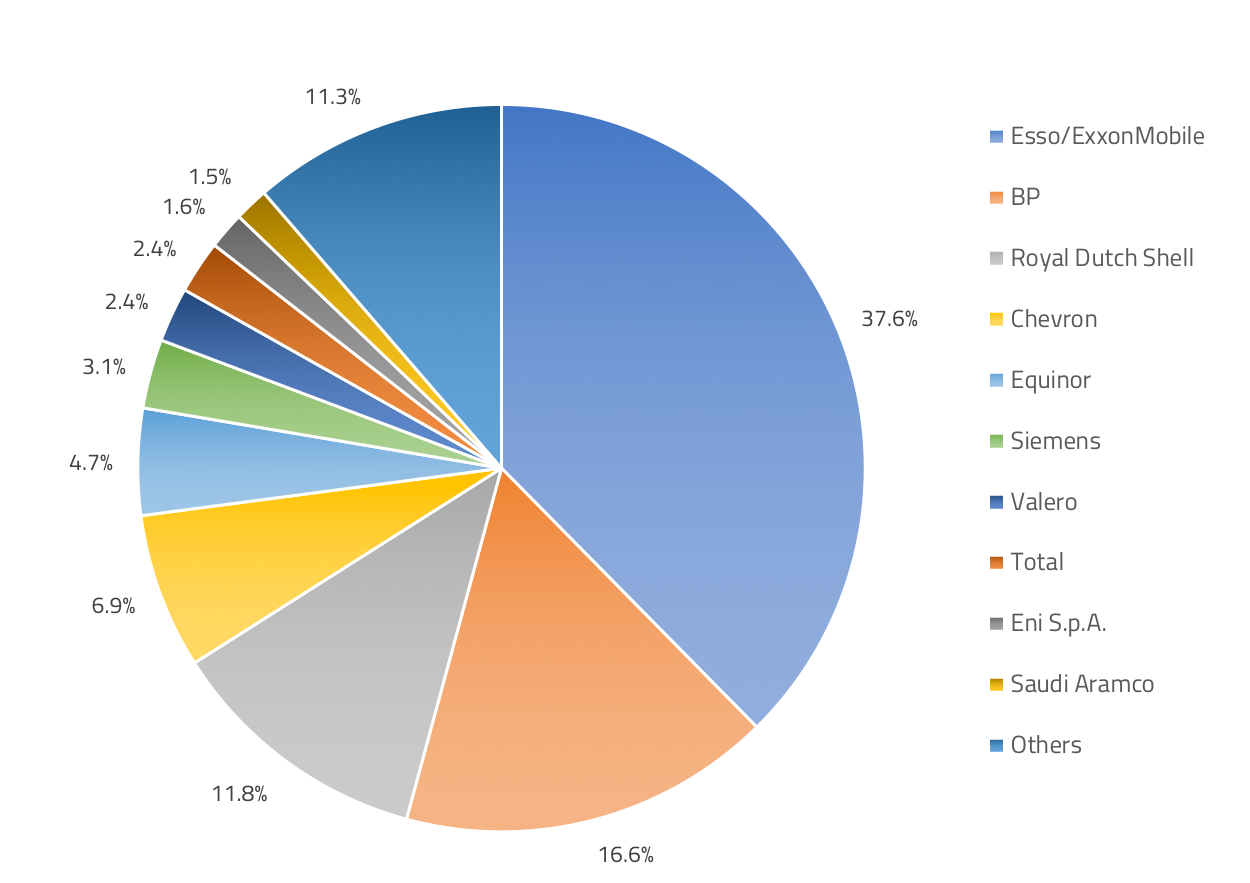 The graph shows the top ten most discussed Oil & Gas brands for Sustainability between May 2017 and May 2018. We can see that two thirds of all discussions in this sector are related to just three companies – Esso, BP and Shell – with Esso accounting for over a third by itself. In this piece we will focus on the brands that have achieved the best reputation scores and the factors that have driven this positive sentiment.

Which Oil & Gas Companies have the best Reputation for Sustainability?

The overall top performer was Norway-based Equinor, perhaps unsurprisingly, given the company’s decision to change its name in May from Statoil reflect a changing portfolio – and rid the brand name of the inherent link with oil. The name change has already been touted as having reputational benefits, given that young people in Norway reportedly find “Equinor” a more appealing potential employer than “Statoil”, which the company’s own CEO saw as an increasingly outdated brand name.

Grouped closely behind were Eni and BP, which have both recently announced investments in renewable and alternative energy.

So, beyond changing a company name to tangibly align with a more sustainable portfolio, what has allowed these other companies to outpace peers in perceptions around sustainability?

For one thing, promises to make change in their home markets.

Eni generated positivity around its joint bid with Qatar Petroleum for Italian solar power producer RTR. However, the news that the company would invest one billion euros in “green technologies”, including renewable energy, in its “home country” of Italy generated even more positive discussion among media and stakeholders.

BP, which generated the most discussion of top performers, had the strongest reputation around sustainability in the UK compared to other markets. The company’s positive performance in the UK was in large part thanks to involvement in Lightsource BP. In addition to being based in the UK, this joint solar power venture announced in May that it was in talks with Northumbrian Water to develop ten new solar farms at its sites across England. Largely picked up in trade and environmental media, discussion focused on the company’s large-scale investment in UK infrastructure.

Both Eni and BP’s investments were positioned as beneficial to shareholders, in line with a push towards diversified energy portfolios and investment in the future energy market.

In looking at top performing companies in our ranking, we identified that most positioned green energy targets, acquisitions and investment announcements as beneficial first and foremost to shareholders but also in line with shifts in societal expectation. (However, in the case of top performer Equinor, the key stakeholder group of concern was young talent, which demonstrates that prioritising the next generation of talent may go further in boosting perceptions than focusing merely on the “hygiene factor” of investors and environmental groups.)

On the other end of the spectrum was ExxonMobil, which did not generate favourable sentiment around sustainability. This will be particularly worrying for the company considering the scale of the spotlight on it (featuring in 37.6% of all relevant coverage) when compared to the wider industry. The company has struggled to switch perceptions after a controversial switch from a leader in climate change to a leading sceptic in the ’90s, and arguing that investments in renewables are “a poor use of investors’ funds”. However, the company recognises the challenge and is investing $1bn a year into renewable energy resources, which may not be commercially viable for another decade. This indicates the company is committing to a longer-term approach to the issue, rather than short-term PR campaigns.

A conclusion, then, is that scrutiny around oil companies’ investments in renewable and alternative energy will continue, and to most effectively leverage stakeholder positivity, businesses should