With the Labour leadership contest having come to an emphatic conclusion on Saturday, we turned to the data to try to understand more clearly in which policy areas Jeremy Corbyn really managed to steal a march on his competitors.

Between May and August 2015, alva tracked over two million discussions related to the leadership debate from print, online, broadcast and social media. These were classified by candidate and policy area as well as being analysed for sentiment.

The key findings from the report were:

It’s striking to observe the similarity between the alva-analysed share of votes and the real results.

Figure i : alva share of votes vs actual votes per candidate 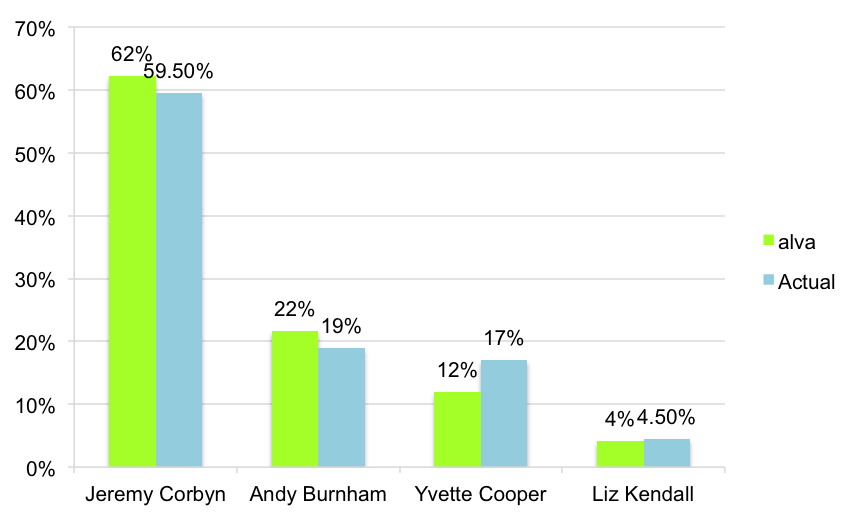 The alva results were obtained by focusing on candidate advocacy across the sources analysed, thereby looking at how much content there was which expressed direct support for each of the contestants.