The leadership contest coalesced around nine key policy areas identified by alva, namely: Business, Defence, Economy, EU/Immigration. Housing, Public Ownership, Public Services, Tax and Welfare. However the focus of the debate was not evenly distributed across each of these nine Policies, with some generating much more interest than others. 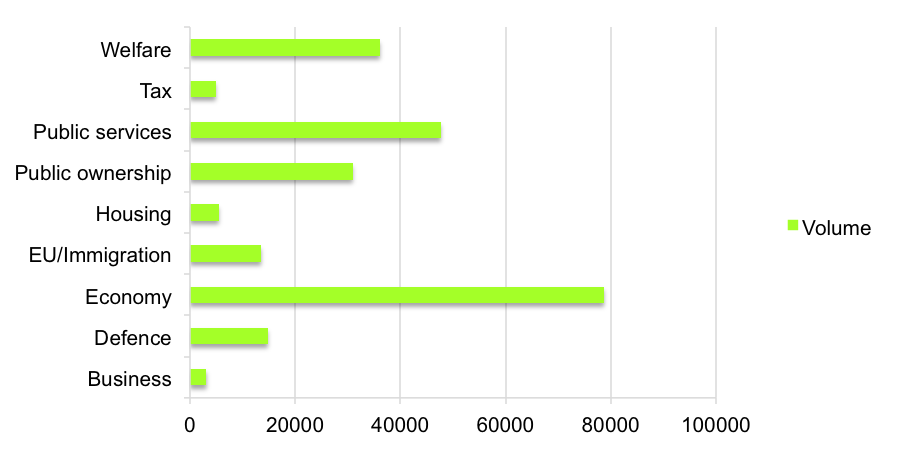 From this we can see how dominant the Economy, Public Services and Welfare were as topics of discussion during the contest. It is noteworthy how little focus was given to Business and Housing, with the former particularly puzzling given its impact on the Economy.

With the aforementioned Economy, Public Services and Welfare the key policies of the content, we analysed which of the candidates was dominating the narrative for each of these three areas. 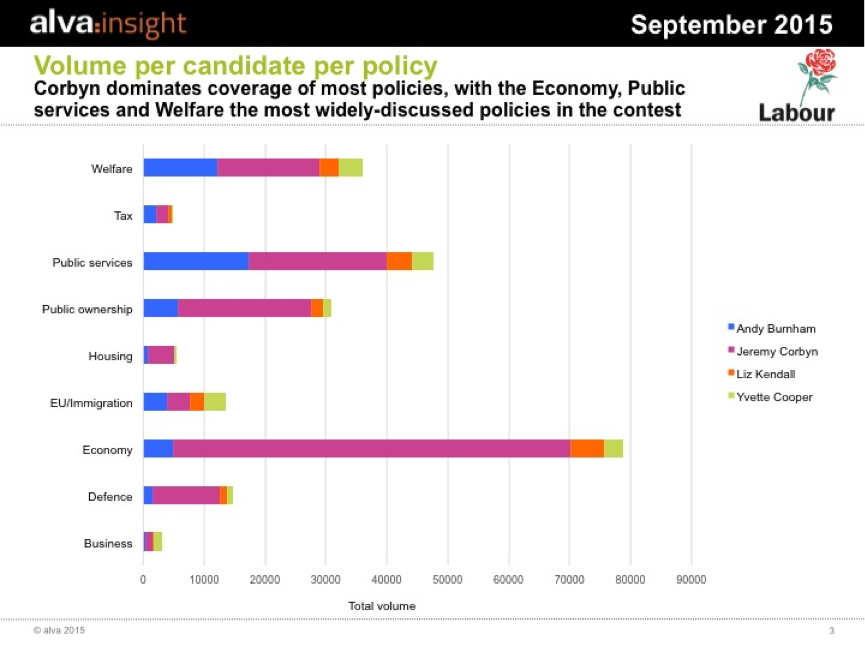 On the Economy, Jeremy Corbyn had the largest debate share of voice, with a startling 87% of discussion on this policy referencing him.

For both Welfare and Public Services, the share was more evenly split between Jeremy Corbyn and Andy Burnham, which given the primacy of these two areas in the debate, would appear to have been a key factor in the latter finishing ahead of Yvette Cooper and Liz Kendall.

So far we have looked at just the amount of content focusing on each candidate per policy. If we now factor in the sentiment, a telling pattern emerges. 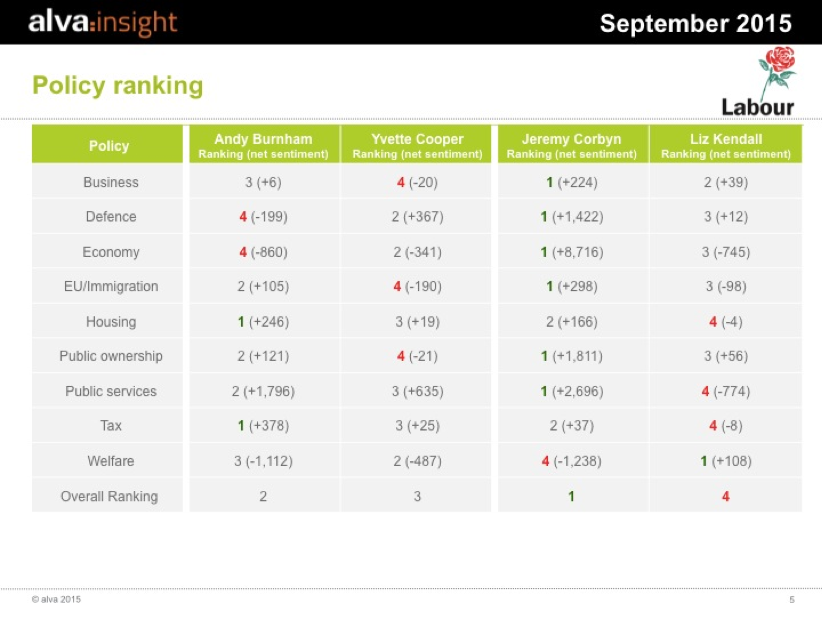 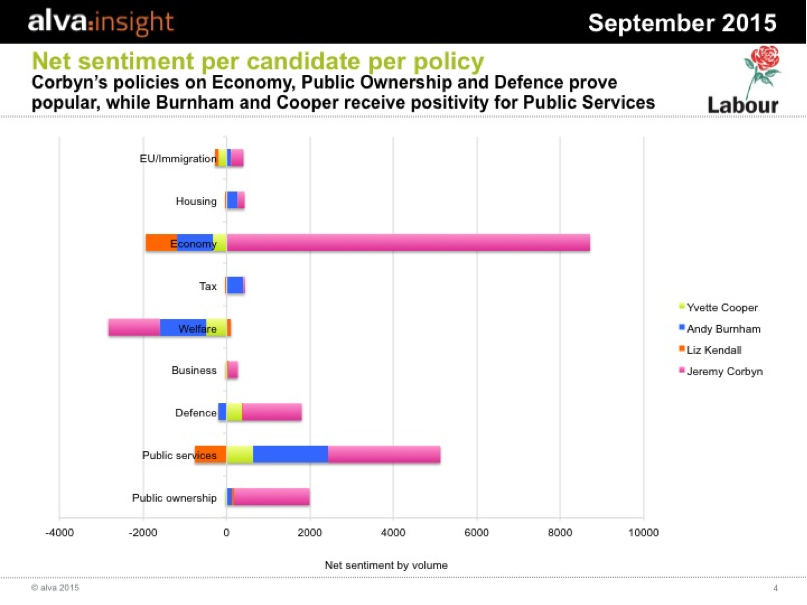 This is where Corbyn’s domination becomes most pronounced, with the newly-elected Labour leader topping six of the nine policies, including the key one of the Economy with an overwhelming net sentiment score of +8,716, while all other candidates generated net negativity for this policy.

Interestingly Welfare was perceived as a weakness for Jeremy Corbyn, with him finishing last of the candidates in this area. Figure V tells the fuller picture here, with three of the four actually generating net negative sentiment for this policy and only Liz Kendall achieving a net positive score. For Liz Kendall, lower visibility on this issue partly explained her net positivity, with her small relative volumes helping to insulate her from the negativity which surrounded the Welfare debate.

Jeremy Corbyn: Where the Labour Leadership was won