The race for the Labour Party leadership has been hotly contested, however, much of the coverage has been focused on image and personality, often to the detriment of a detailed analysis of their policies.

With voting now closed, and the results due tomorrow, it is a useful time to reflect on the perceptions and coverage of each of the candidates.

Between May and August 2015, alva tracked over two million discussions related to the leadership debate and we have compiled a unique report on the four leadership candidates. We investigate: 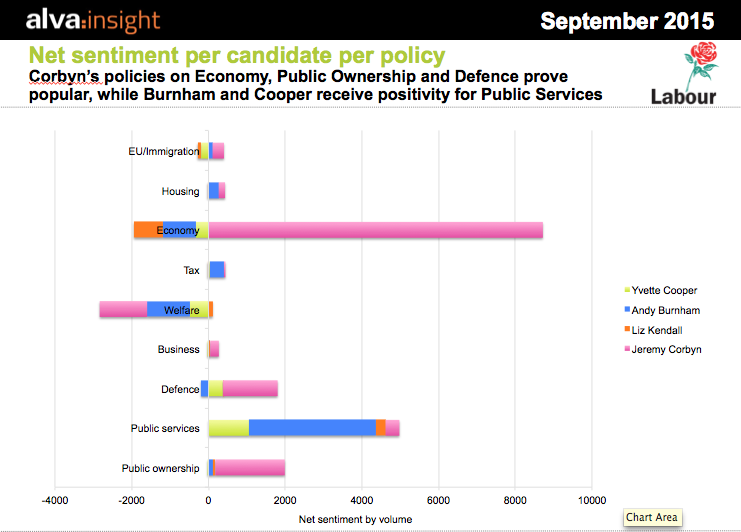 The report also takes a detailed look at the perceived strengths and weaknesses of each candidate’s policies: 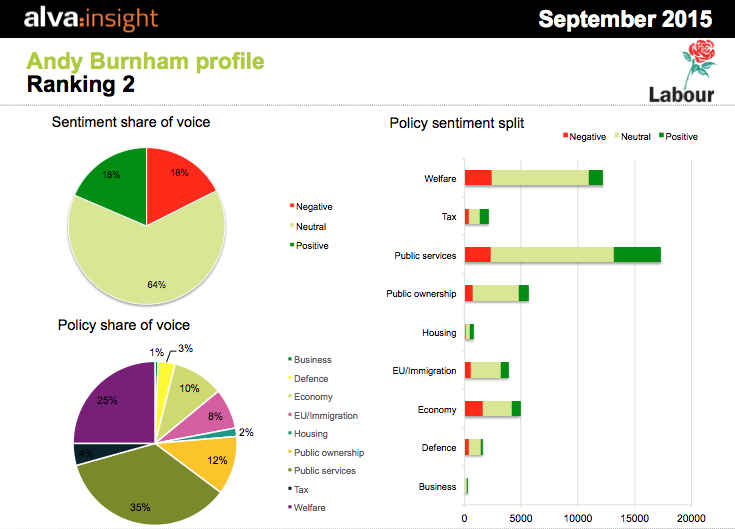 The headline findings are:

Download the full report for an unbiased look at the perceptions for each candidate.