What do asset managers think about the risks or opportunities of Brexit?

Over the past few weeks, Brexit has become a heated topic of discussion in the media. As such several key figures in the financial services sector have weighed in on the matter, deconstructing the economic consequences of the UK’s possible departure from the EU. Although investment bankers have vocalised their opinions, what are asset managers in the UK saying about the impact of Brexit and how have these statements been covered in the media?

Brexit: Which asset managers shaped the conversation the most?

Woodford Investment Management, Toscafund Asset Management and Aberdeen Asset Management achieved the highest share of voice among the asset managers in the UK. Out of the three, Woodford had the highest share of voice (52%) followed closely by Toscafund (21%) largely due to their respective public opinions in favour of Brexit. A report by Capital Economics was commissioned by Woodford to outline the economic impact of Brexit on trade, financial services and foreign investment. The findings of the report accompanied by Woodford’s stance on UK’s possible withdrawal from the EU generated a high volume of engagement in the media, alongside coverage of Toscafund. 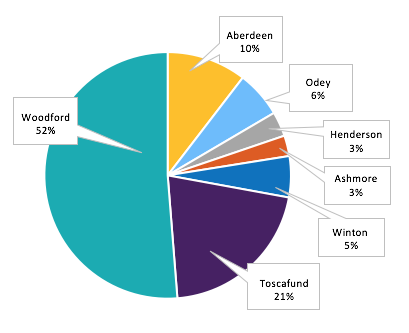 What do asset managers think of Brexit?

Out of seven companies, Aberdeen and Ashmore’s sentiment towards Brexit was neutral. Ashmore had the lowest share of voice, with coverage on its position being “sanguine” as it expects “minimal fall-out” from an exit vote. On the other hand, Henderson Global Investors “favours staying within the union” as it “would not welcome the uncertainty” caused to its business and clients while the UK’s membership is negotiated with the EU.  The companies that stood out in terms of their stance on Brexit were Woodford, Toscafund, Winton and Odey as they were more vocal on the risks and opportunities of Brexit than their peers.

Ultimately the findings of the report commissioned by Woodford and its “influential” fund manager’s statements on the economic arguments surrounding Brexit being “bogus” generated media coverage. Toscafund’s strong position on London’s “hugely important and lucrative role” also received coverage, as the company believes this makes it difficult for the EU to “economically ostracise” the UK. Similarly, Odey Asset Management questioned the “point of being part of Europe”, arguing in favour of UK leaving the EU. Conversely, David Harding of Winton believes it “vital” that UK remains in the EU. 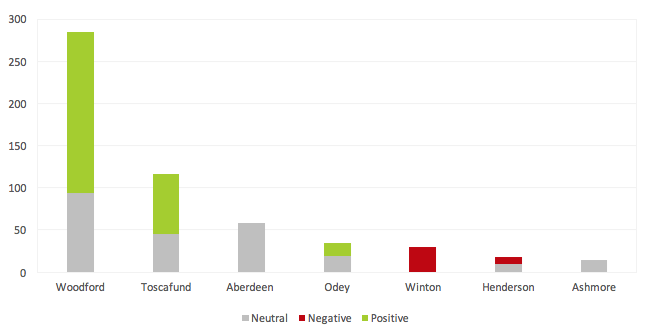 What was the focus of Brexit for asset managers?

The impact on the UK’s economy dominated the focus, with Savvas Savouri of Toscafund laying emphasis on UK being a “better place” for leaving the EU, with a departure unlikely to be as “traumatic” as some fear. Moreover, Savvas Savouri commented on UK’s “flourishing economy” as any “attempts to ostracise” the UK if it left the EU would probably “backfire”, causing “self-inflicted trauma” on EU members. In a similar vein, Neil Woodford of Woodford Investment Management believes Britain’s withdrawal from the EU would not have any long-term negative impacts on the UK as the “fundamentals of the economy will be relatively unmoved”.

The European Union was criticised by Savvas Savouri for being a “frustratingly technocratic and bureaucratic body” that “holds back economic growth”. Echoing this sentiment, Crispin Odey comments on the EU “mangling” the UK.

Although Aberdeen remains neutral on the issue, Martin Gilbert, chief executive of the company discusses the possibility of a second Scottish independence referendum if the UK decides to leave the EU. Scotland has historically been “more pro Europe than England”, which could ultimately lead to a “break-up of Britain”, highlights Gilbert. Similarly, Savvas Savouri argues that a Pro-Europe Scotland and Ireland need to understand that their economic interests are “best served” by joining England rather than “floundering with the rest of Europe”.

What kind of media coverage did these conversations get?

Toscafund, Woodford and Aberdeen achieved social media engagement for the voice of executives Neil Woodford, Savvas Savouri and Martin Gilbert’s public statements on Brexit. Neil Woodford’s comments on Brexit not “hurting the UK economy” generates the highest volume of social media engagement. Interestingly, there has also been commentary on the “personal motives” behind each asset manager’s position on Brexit and how these “speak for only a very small section of the business community”. Journalists question these “vocal calls” arguing they “don’t represent the City of London” and they ultimately “don’t even represent the hedge fund community”. 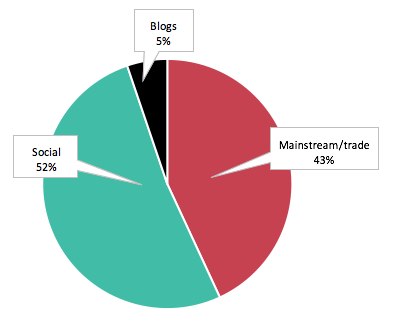 Absolute media coverage was given to those asset management companies that vocalised their views as Toscafund and Woodford secured 73% of all Brexit coverage mentioning asset managers. What is surprising is the difference in opinion among asset managers and investment banks, with companies such as JP Morgan, Bank of America and Goldman Sachs commenting on the UK being “stronger” in the EU. Although the impact on the UK economy and currency volatility is discussed by both investment banks and asset managers, Scotland and Ireland’s relationship with the UK emerge as crucial topics of discussion among asset managers – perhaps indicative of the reputational opportunities of lending a leading voice on topics discussed less frequently in the asset management sector.

[1] Share of voice refers to individual mentions of each company in reference to Brexit. All English language content was analysed between the period of February 11th –February 24th 2016, across all source types in the UK.

[2] Sentiment refers to each company’s position on Brexit, with positive sentiment in favour of Brexit and negative sentiment arguing against it.

Media monitoring – all in one place or different providers?

NFL and Community Engagement: Is this really changing perceptions?