On the 7th June, the UK EU referendum took centre stage with a televised debate. David Cameron argued for Britain remaining in the EU, while Nigel Farage argued the case for Brexit.

The debate was a heated affair with Cameron accusing those backing Brexit of being “little Englanders” and “quitters” who were “prepared to sacrifice jobs” to achieve their goal.

Farage countered by claiming there was more to the issue than GDP and “the rich getting richer” as “ordinary decent people…are having a rotten time”.

In order to understand who came out on top, we used our comprehensive media monitoring and analysis platform to investigate the response to the debate.

Who won the Brexit debate?

While both David Cameron and Nigel Farage saw a decline in sentiment, Cameron’s sentiment score (4.54)* for the day of the debate was 25% ahead of Farage’s (3.39). 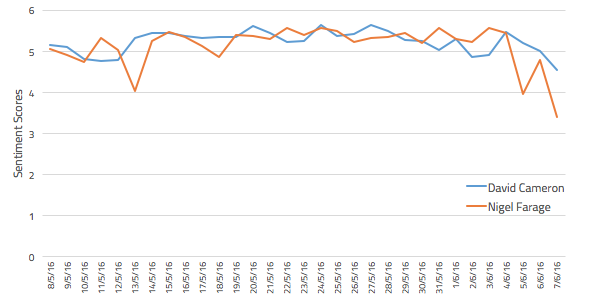 What is driving the Brexit debate? 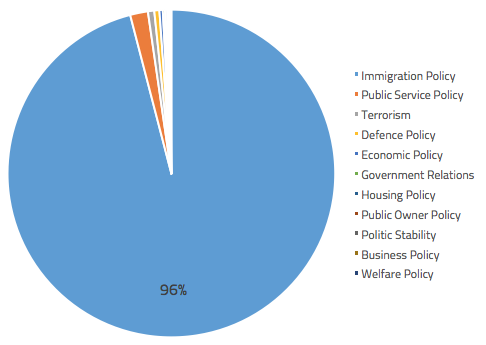 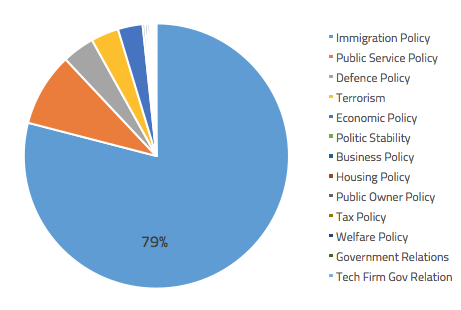 Overall, this was a good outcome for David Cameron and the “remain” campaign, but this appears to be due to the negative response to Nigel Farage more than his own performance. However, numerous commentators highlighted that Cameron still lacks a clear narrative on immigration and as this has become such a dominant issue, the final decision is still in the balance.

*Sentiment scores are on a scale of 1-10, with 5.5 representing a neutral score. A score of above 5.5 is positive, while a score below 5.5 is considered negative.