1. Which banks influenced Davos the most?: Morgan Stanley and Deutsche Bank achieved the highest share of voice among investment banks. Both achieved a wave of social media engagement for the voice of executives James Gorman and John Cryan on the disruptive impact of Bitcoin on “the future of banking”. Citigroup CEO Mike Corbat also benefited from social media amplification following an interview on Bloomberg centred on the “emerging market meltdown”. 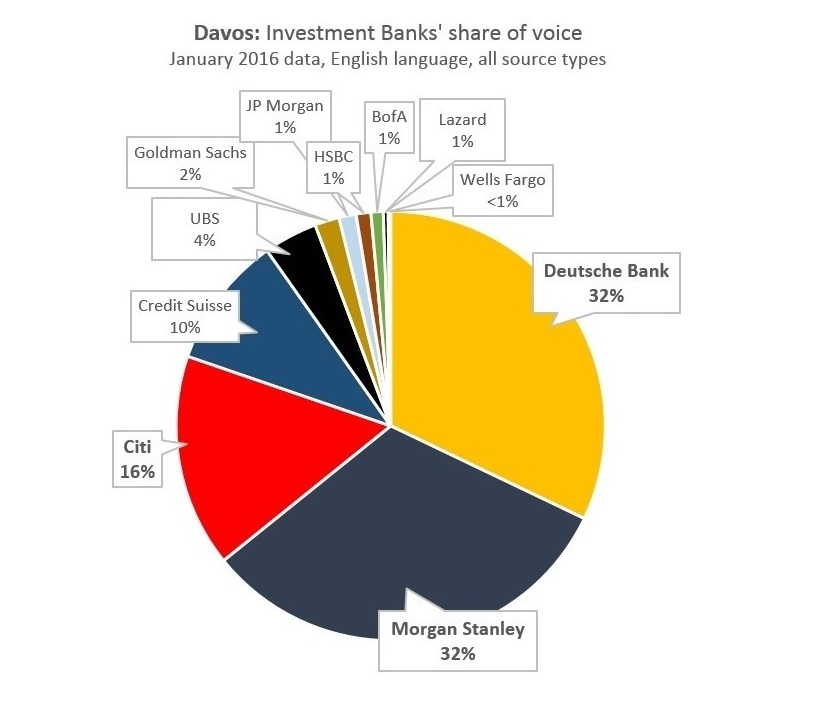 2. What was the reputational focus of Davos for investment banks?: Corporate leadership and governance content dominated the focus, with Morgan Stanley, Citigroup and Credit Suisse achieving the most influence through the visibility of their CEOs and pull through of messages on topical themes of economic volatility and fintech disruption. However, investment banks also contributed to conversations around corporate culture and social performance, including industry attrition rates for millennials, gender diversity and a “moral imperative” (in the words of HSBC’s Stuart Gulliver) to green investment. 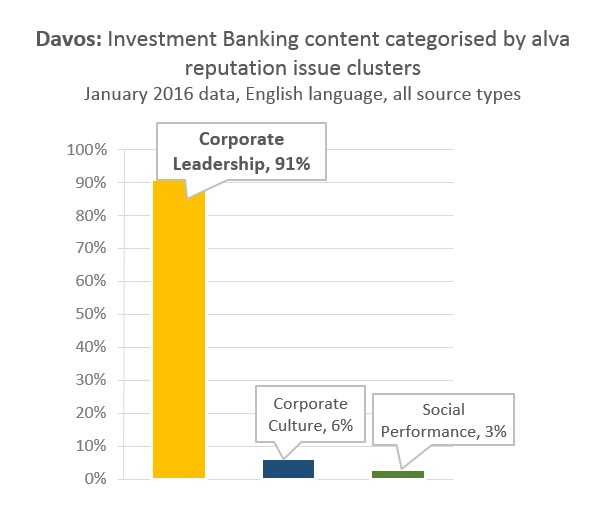 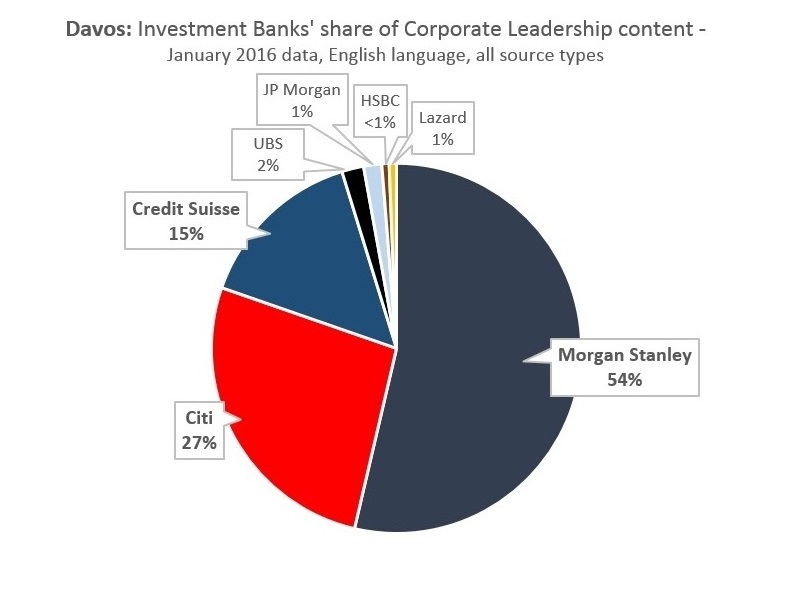 3. Bitcoin and Blockchain – which banks shaped the conversation most?: Morgan Stanley and Deutsche Bank received the majority of the coverage through the eminence of their CEOs discussing the topic of cryptocurrencies: one of the most pervasive banking discussions at Davos. The Twittersphere was quick to amplify the CEOs’ comments following interviews conducted by International Business Times. 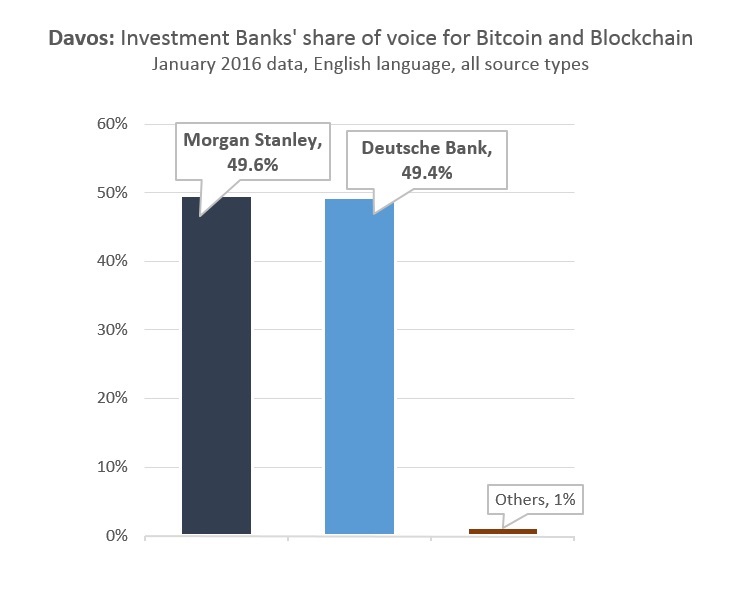 Concluding observations: Perhaps what is surprising about the voice of investment banks at Davos is the sheer monopoly of coverage handed to those which decided to speak up rather than stay mute. Morgan Stanley, Deutsche Bank and Citigroup secured 80% of all Davos coverage mentioning investment banks, the visibility of their executives on time-tested themes of technology and the economy proving invaluable to driving up coverage.

Yet, as a whole, the industry also provoked conversations on issues relatively side-lined, including those relevant to corporate culture and social performance – perhaps indicative of the reputational opportunities sought by exercising a voice and demonstrating leadership on ESG performance.

This is an excerpt of a fuller analysis of the reputational risks within the Investment Banking sector. Please contact us for further information on how reputation intelligence can identify risks and opportunities for your company.

What are the reputational risks of doing business with Iran?